Fresh appeal for Icelandic man who went missing in Dublin

‘I’m trying all day to be strong for our children. They miss him so much,’ says fiancée 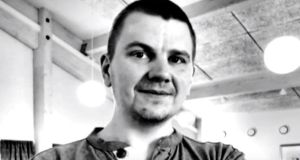 Jon Jonsson (41) who was last seen at 11am on Saturday, February 9th. Photograph: RTÉ Crimecall

The family of an Icelandic man who who went missing on a holiday in Ireland last February have renewed their appeal for information about his disappearance.

Jon Jonsson (41) arrived in Dublin from Iceland on Friday February 8th. His plan was to take part in a poker tournament over the weekend, and then holiday in Ireland.

A father of four and taxi driver, he played in the tournament in the Bonnington Hotel that day and throughout the night.

His fiancée Jana has told RTÉ Crimecall - in an interview being broadcast on Monday evening - that Mr Jonsson was in bed sleeping when she arrived from Iceland at 10am on Saturday, February 9th.

After talking to him briefly in the hotel room, she went downstairs for a coffee, not realising that that was the last time she would see him.

She recalled that as time passed she became increasingly worried. “This isn’t like Jon, he doesn’t just vanish and go somewhere without letting me know.”

Mr Jonsson was seen on CCTV leaving his room in the Bonnington hotel at 11am. He walked out of the hotel at 11.05am and headed in the direction of the Swords Road. He was last seen passing Highfield Hospital walking towards Collins Avenue junction.

He was reported missing on Sunday, February 10th by Jana.

“I’ve no idea what happened to my brother, it doesn’t make any sense. But somebody knows,” he said, adding “it would mean everything to know he’s alive, or if he’s not, to know where he is. I’m not going to give up. It’s my objective, to find him.”

Jana added “I’m trying all day to be strong for our children. They miss him so much and are crying at night.

“If you know something, please, please call the Gardaí and help us find him.”

Anyone who can assist in locating Mr Jonsson is asked to contact Ballymun garda station on 01 6664400, the Garda confidential telephone line 1800 666111, or any garda station.