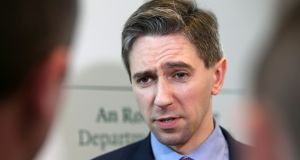 Minister for Health Simon Harris ‘was gung-ho on getting in Repeal the Eighth - I think for cynical reasons - without preparing the system for the workload that was thrown upon it,’ says Kilkenny consultants Prof Ray O’Sullivan. Photograph: Laura Hutton/The Irish Times

An additional obstetrician is to be appointed to St Luke’s Hospital in Kilkenny as part of the rollout of abortion services to its maternity unit.

The unit in Kilkenny is at the centre of controversy after the existing four obstetricians said it was not an “appropriate location” for the service introduced last January.

“In the event of professional and values training of staff willing to participate in such procedures, the hospital remains an unsuitable location for these services,” the consultants said in a letter to Ireland East Hospital Group chief executive Mary Day last week.

The letter has prompted criticism from pro-choice groups, with the National Women’s Council of Ireland saying it showed a “blatant disregard” for the health of women and the “overwhelming will” of Irish people that abortion care should become a normal part of reproductive healthcare services.

Minister for Health Simon Harris said he has asked his officials to ensure the HSE address his “concerns” over the obstetricians’ letter.

“Additional resources have been allocated to provide for termination of pregnancy services this year including the provision of services at St Lukes,” Mr Harris said.

“It is the Department’s policy that all 19 maternity hospitals should be in a position to provide termination of pregnancy services under the Health (Regulation of Termination of Pregnancy) Act 2018.”

The hospital group said it was working closely with St Luke’s to prepare a termination service.

“In order to provide this specialised service the hospital must have the clinical capacity and must include appropriate training of all key personnel,” it said, addnig that an additional obstetric consultant post has been approved and advertised.

One of the Kilkenny consultants, Prof Ray O’Sullivan said he considered resigning over a lack of management support for his work. He said consultants in Kilkenny were not prepared to offer a “sub-standard service in the context of all the challenges we have”.

This included a lack of appropriate space, the lack of a gynaecology ward and insufficient staff and resources, he told The Irish Times.

“This all goes back to a minister [Minister for Health Simon Harris] who was gung-ho on getting in Repeal the Eighth - I think for cynical reasons - without preparing the system for the workload that was thrown upon it,” said Prof O’Sullivan, who also accused Mr Harris of “trying to get the younger female vote”.

He added that small maternity centres do not have enough women “coming in the door” to develop the service properly.

Prof O’Sullivan said the “challenging” experience of trying to “facilitate” some women seeking termination who had “lethal abnormalities” had also prompted his letter to Ms Day.

“I was almost on the point of resigning. [I WAS]just banging my head against the wall trying to sort out these women with very unfortunate pregnancies and I couldn’t get anywhere with Ireland East or Holles Street.”

Kilkenny is one of nine maternity units not offering the abortion service that was introduced last January. Ten units, including the larger maternity hospitals in Dublin and Cork, are providing the service.

Staff have a right to opt out of providing terminations on grounds of conscience but the provision of services is a matter for the hospital group and the HSE.

In the community, 325 GPs have signed up to provide the service.