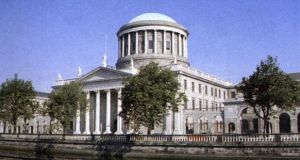 The Supreme Court has dismissed, by a two to one majority, a Co Donegal property developer’s appeal over a €9.2m judgment granted against him arising from guarantees over unpaid loans to his building company.

The Supreme Court has dismissed, by a two to one majority, a Co Donegal property developer’s appeal over a €9.2 million judgment granted against him arising from guarantees over unpaid loans to his building company.

The judgments addressed what a bank must do to prove debt and Mr Justice William McKechnie strongly disagreed with the majority view that the courts may, in certain circumstances, draw inferences from a customer’s silence in response to a bank’s claim.

In the context of banker and customer, it is “notorious” that, for the vast majority of people, the relationship “is not based on an equal footing” and the “recent public scandal about tracker mortgages verifies this point”, he said.

After a demand for repayment in September 2008 was not met by the company, it appointed a receiver over its assets and took proceedings against Mr Fergus arising from the guarantees.

In 2012, the High Court’s Ms Justice Mary Finlay Geoghegan was critical of the bank’s conduct of the case, saying it was “extraordinary” for a bank to commence proceedings seeking judgment on 17 guarantees, contending he was liable on each guarantee for the full amount of the judgment when many of the guarantees were patently unenforceable.

As Mr Fergus had not himself given any evidence and had not denied a signature appearing to be his was in fact his, the judge accepted he had signed four original documents sought to be relied on by the bank.

She found a guarantee dated June 1st 2006 was valid and enforceable and gave judgment for €9.2 million.

He appealed and the Supreme Court on Wednesday dismissed his appeal.

All three judges agreed the guarantees signed by Mr Fergus were enforceable and there was no breach of his right to fair procedures.

Two of the judges, Mr Justice Peter Charleton and Mr Justice Brian McGovern, agreed the evidence provided by the bank to establish its debt, including from a former officer of the bank, was admissible.

Both also agreed the Bankers Books Evidence Acts 1879-1959 (the 1879 Act) and the rule against hearsay evidence did not apply in this case.

In his judgment, Mr Justice Charleton said a 2015 Supreme Court decision had explained the 1879 Act does not operate so as to constrict the kind of evidence a bank may give and, in light of that, the hearsay point does not arise in this case.

A breach of the hearsay rule was not engaged by a relationship between a bank and a customer, evidenced as in this case by free exchange of records of their relationship, through bank statements and statutory notification of charges, and which involves a flow of correspondence between them.

All those documents constituted a course of dealings between Mr Fergus and the bank which in other circumstances would be called “admissions”, he said. No evidence was adduced that there were no such loans and several existing guarantees.

It could only be said there was defect in proofs of a plaintiff if a defendant adduced meaningful evidence to rebut it and there is no different view to be taken of a bank than any other trader.

The “plain reality” was there was no denial of the records shared between the bank and Mr Fergus at the time. While records have to be proven whether a defendant is there or not, a person claiming to have a defence has to engage with the evidence.

Defendants in civil cases should be aware an “inference” can be drawn, unlike in a criminal case, from a failure to engage with the evidence, to test, or to contradict it, he said. Such an inference was not necessary to the analysis in this appeal.

Mr Justice McKechnie disagreed that, outside the provisions of the 1879 Act and the hearsay rule, the bank could invoke a separate and distinct basis to establish debt.

Before judgment could be entered, the court must be satisfied on the balance of probabilities the evidence is sufficient to establish the claim to the civil standard, he said. He did not accept that, in the absence of challenge, some “lower” standard would be acceptable.

A plaintiff must adduce proof of debt as of a particular date which will involve proof of the preceding transaction, the sum drawn down, the payments made and the amount due at either default or demand date, he said.

He had “strong misgivings” about any attempts to incorporate into civil law a rule of evidence allowing inferences to be drawn from silence where circumstances might expect a response from a defendant, he said.