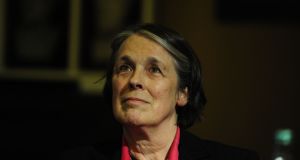 Senior judges have compared reforms to judicial appointments championed by Minister for Transport Shane Ross to choosing a cardiac surgeon on the opinion of a committee dominated by lay people.

The claim is made in a letter to Taoiseach Leo Varadkar, which was also copied to Minister for Justice Charlie Flanagan and Attorney General Séamus Woulfe.

The chief signatory of the letter, dated June 26th last, was former chief justice Susan Denham. It takes issue with the Judicial Appointments Commission Bill, which aims to introduce a system whereby a lay-dominated commission will propose names to the Government for appointment to the judiciary.

The letter says the “sole concern” of the judges is that any reform should lead to “a system which promotes the appointment of the best possible candidates to the judiciary at every level”.

“It is our firm belief that the 2017 Bill will not achieve this objective: indeed, in our view, it will damage it.

“In taking this course we do not seek to advance any professional, sectional, or personal interest,” it adds.

“The Bill will not remove politics from the judicial appointment process: it simply removes judges. This will be inevitably damaging not merely to the process, but also to the administration of justice more generally.

“An advisory committee is presumed to have expertise in the given area. Would one choose to be treated by a cardiac surgeon recommended by a majority of lay people, or one advised by a committee with a majority of medical doctors?”

It claims the proposed system will further politicise the method by which judges are appointed because the Minister for Justice will appoint the lay majority to the new commission.

It also says that an annual statement to the Oireachtas on appointees to judicial office would “give to rise to politicisation in the debates”.

The judges add that while they “recognise that it is the Government’s prerogative to introduce legislation as it sees fit”, it is also “appropriate for senior judges to communicate with Government on important matters relating to the administration of justice”.

“We consider that we would be failing in our duty if we do not record our firm view that the legislation will lead to a process which, at a practical level, will be cumbersome, inefficient and expensive, and, at the level of principle, will be damaging to the process of judicial appointment and therefore to the administration of justice.”