Who are Devoy family at centre of feuding in Dublin’s Ballymun? 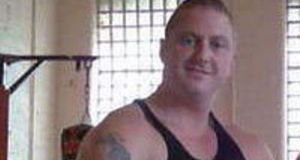 Derek “Bottler” Devoy: he and other members of his family became embroiled in a row with two neighbouring families in Ballymun, which centred on where the Devoys’ bins should be placed for collection

Wednesday afternoon’s gun attack in the Ballymun area of Dublin that left two people dead and three others injured has catapulted the Devoy family into the public eye.

It was the youngest of the three Devoy bothers, Derek “Bottler” Devoy, who was the intended target. He was at the scene when the killers opened fire outside his mother’s house on Balbutcher Drive at about 4pm, but managed to escape to safety on foot.

His sister, mother-of-six Antoinette Corbally (48), and Clinton Shannon, a 30-year-old Dubliner, both died from gunshot wounds at the scene.

Shannon is believed to have driven Derek Devoy to the scene, and was shot as he sat in the car on the street outside the house.

Derek Devoy (37) is a career criminal who has spent around a decade in prison for his involvement in gun crime. He is the youngest of the three brothers in the family, and the only one still alive.

Michael Devoy (41) was shot dead a day after release from the Midlands Prison in Portlaoise in January 2014. The eldest of the brothers, Johnny Devoy, was aged 42 when he died of a heart attack in Featherstone Prison in England in May 2013.

Derek Devoy is known to gardaí as a volatile criminal well connected with paramilitary figures and several crime gangs in north Dublin. Gardaí fear he will be drawn into a bloody gun feud that had been simmering before Wednesday.

“The fear now is that Derek Devoy and some of his associates will want revenge on the people who shot his sister,” said one Garda source.

The same officer said those behind the attack will fear being targeted, and they will be very likely try to kill Devoy again.

“You have a kill-or-be-killed situation,” said another Garda source. “And that is exactly what has driven all of the feuds we’ve seen in the last 10 to 15 years in parts of Dublin and the likes of Limerick. ”

Most worrying for the Garda is Devoy’s propensity for serious gun crime.

In 2007 he was jailed for his role in an attempted armed robbery at a post office in Balbriggan, north Co Dublin, the previous year. This followed his arrest with four other men in a convoy of vehicles in Balbriggan in 2006. They were charged with possession of firearms and ammunition, and Devoy was jailed for seven years.

He was on bail at the time of his arrest for a drive-by shooting in 2005 in which he targeted neighbours in the Ballymun area. No one was killed in the shooting, but Garda sources point to the incident as proof that he represents a major security risk, especially after Wednesday’s events.

He was apprehended for the drive-by shooting when a scarf concealing his face slipped down and a witness recognised him.

Garda sources said the genesis of the drive-by shooting lay in a dispute over wheelie bins. The row over the bins resulted in both Michael and Derek Devoy arming themselves and shooting at different neighbours in related attacks years apart.

Derek Devoy and other members of his family had become embroiled in a row with two neighbouring families in Ballymun, which centred on where the Devoys’ bins should be placed for collection outside the houses.

The dispute began on September 11th, 2001, when a neighbouring family found the Devoys’ bin outside their house. When they moved it back outside the Devoy property, Nancy Devoy, the brothers’ mother, came out of her house shouting abuse, a court case in 2003 heard. The Devoy bins were moved back outside the other family’s home and the dispute escalated from there.

However, while the bin dispute took the form of robust verbal exchanges for a period, it escalated sharply. Within weeks of beginning it had spread to involve a third family.

The Garda charged seven members of the three families with a range of public order offences relating to a street disturbance in October, 2001. They appeared before Judge Joseph Matthews at Dublin Circuit Criminal Court. He said the dispute was a “Berlin Wall of hostility” and imposed suspended sentences.

But any hopes that the court case would quell the dispute were ended seven months later in the form of a gun attack. On that occasion, in May 2002, Michael Devoy told two members of one of the families he would “blow your heads off” after the latest dispute over the bins.

Barrel of a shotgun

The following month, in June 2002, the glass panel beside this family’s front door was broken by the barrel of a shotgun being forced through it. The gun was discharged, causing considerable damage to the walls and furniture in the house. Members of the family were at home at the time but nobody was injured.

Michael Devoy was seen by some of them in their garden, wearing a woman’s blonde wig as disguise, as he was getting into a car to flee the scene after the shooting. He was later jailed for four years for threatening to kill two of them.

His sentencing hearing was told he was HIV and hepatitis C positive, and had been institutionalised after spending the majority of the preceding 20 years in jail. From 1986 to the time of that court appearance in 2006, when he was aged 34, the longest he had been free was 13 months

The dispute over the bins continued. In 2005 two members of the third family to become involved in it were shot at outside their home in Ballymun. The gunman on that occasion was Derek Devoy. He leaned out of the window of a moving car in which he was travelling with two other masked men and fired up to five shots. A scarf covering his face slipped down and a witness recognised him.

He was jailed for the crime in 2007, by which time he was already in prison for the botched armed robbery in Balbriggan.

For a period Michael and Derek Devoy were in prison, for different shootings, at the same time.

Michael Devoy was briefly released at the expiry of his sentence for threatening to kill members of the neighbouring family. But he would soon reoffend and was jailed again. When he was released from prison in 2014, he was shot dead the following day.

On Saturday, January 18th, 2014, a Garda patrol disturbed unidentified men dumping a body over a wall on a Tallaght laneway. The remains were those of Michael Devoy. He had been formally warned by the Garda his life was in danger when released from prison 24 hours earlier. As a result he was wearing a bullet proof vest. However, he was shot in the neck and head.

Michael Devoy was the chief suspect for a shooting outside a pub on Dublin’s North Circular Road in 2013. On that occasion a drug dealer linked to the Kinahan crime gang was shot, as well as a number of bystanders, as they left a party. Nobody was killed, and Devoy was again sent to prison shortly after the attack.

But when he was released, having served several months, he was murdered in revenge for the 2013 pub shooting.

His only surviving brother, Derek, was still in jail at the time, serving the remainder of his armed robbery and drive-by shooting jail terms. He was nearing the end of his sentence but such was his volatility that he was refused release even for a period of hours to attend his brother’s funeral.

He had been constantly in trouble in prison, and was segregated from other prisoners on a special wing of Portlaoise Prison for a time.

When he was freed in February 2015, the Garda put in place a security operation near his Ballymun home to monitor him. They feared he wanted revenge for his brother’s killing, and might resume his hostilities over the rubbish bins.

Gardaí also feared he might seek retribution on those who gave evidence against him for the drive-by shooting.

He himself feared he would be shot by the same men who killed his brother a year earlier. And he was officially warned by the Garda his life was under threat.

He soon came to the attention of the Garda as he tried to move about €100,000 to a bank account in the UK. He had fled there after the warning his life was in danger. But when gardaí seized his money as he tried to move it to Britain he was forced to come back to Ireland.

In recent times he has become involved in a localised feud with a rival drug dealing faction in Ballymun. This dispute has escalated in the form of pipe bomb attacks and non-fatal shootings in the last 12 to 18 months.

A number of men, including a gang leader and two teenagers, have been wounded in different attacks as part of the feud.

Gardaí believe Devoy has secured the support of the New INLA and other armed criminals in his feud with the rival faction from Ballymun.

It is believed Wednesday’s shooting was revenge for an attack in the last year in which the senior criminal at odds with Devoy was wounded.

And now that Devoy believes his local rivals tried to kill him, and in the process shot dead his sister and his friend, gardaí fear further bloodshed seems inevitable.

Man died from sepsis after hip replacement surgery, inquest finds 06:47
New device to detect cars being driven without insurance issued 06:37
Election 2020 fact check: Do banks in Ireland pay no tax? 06:00
‘Considerable disruption’ to trade looms even with post-Brexit accord 02:50
Coronavirus: Chinese citizens in ‘self-isolation’ after returning to Ireland 02:46