Ireland squad ‘shocked and saddened’ by killings at mosques in Christchurch 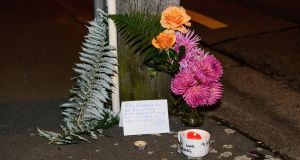 Ireland rugby captain Rory Best has expressed solidarity with the people of New Zealand over the terror attacks which killed 49 people on Friday.

He also mentioned former Irish outhalf Ronan O’Gara who is coaching in Christchurch.

“ It’s just one of those tragedies that is hard to put into words. You feel very helpless, all you can do is pass on your deepest sympathies and it is really really tragic,” Best said.

“Definitely it was the talk of team room this morning at breakfast because everyone was shocked and saddened by it.”

Members of the An Garda Síochána attended Friday prayers in Irish mosques as a mark of solidarity with the Muslim community after the killings in two mosques in Christchurch.

In a message posted on the @GardaInfo Twitter account, the force said: “To provide support to the Muslim community in Ireland after the terrible events in New Zealand, community gardaí will be attending Friday prayer in their local mosque and making themselves available to those communities.”

Officials in the New Zealand embassy in Dublin said they were “deeply saddened and shocked” by events in Christchurch.

At least 49 people were killed in attacks on two mosques, and one of the gunmen live-streamed the attack on Facebook.

The ambassador, Brad Burgess, was unavailable for comment on Friday.

However, the embassy described the attack as an “act of unprecedented violence which has no place in New Zealand, a place that represents diversity, kindness and compassion”.

Worshippers gathered at the Islamic Cultural Centre of Ireland to pray for those killed as well as their grieving families.

“We are also urging the community to remain vigilant and extra calm at this distressing time,” said Shaykh Al-Qadri.

The cleric and chairman of the Irish Muslim Peace and Integration Council urged people not to share the videos on social media showing the attack.

He had seen them and “cannot take those images out of my mind . . . those children and those innocent people . . .”, he told RTÉ Radio.

“We really must unite against anything that nurtures and promotes this form of extremism.”

Shaykh Al-Qadri said the Muslim community internationally has been attacked many times but the scale of these shootings had created “a lot of fear and anxiety”.

Rugby pundit Brent Pope, who is from Christchurch, said the attack had plunged his native city into fear at a time when it was getting back on its feet after the 2011 earthquake.

“I’m really shaken up about it,” he said. “I know the area well, I grew up in that area. I would have driven past that very mosque maybe two months ago, when I was back at Christmas time.

“Christchurch is my city, and it has always been regarded by people who travel there as the sleepiest of the cities.

“Wellington is our capital city, Auckland is a sort of junior Sydney, but Christchurch has always been regarded as a really safe place.”

Mr Pope told RTÉ Radio the city was just starting to emerge from the aftermath of the earthquake eight years ago.

“When I was walking around the city at Christmas, I said ‘yes, they are getting back on their feet, people have gone through enough trauma’ – and now for them to live in fear of whether this [terror attack] is going to happen again, [or] is this a one-off? The world has come to New Zealand.”

The Department of Foreign Affairs said there were no Irish people caught in the attack.

Minister for Foreign Affairs Simon Coveney expressed the condolences of the Government and the people of Ireland to the families of those who were killed.

Mr Coveney added: “Freedom of religious expression is a cornerstone of any functioning democracy, and those rights must be guaranteed for all citizens. Ireland will continue to stand in solidarity with all the people of New Zealand.”

Bishop of Elphin Kevin Doran said the attack raised “serious questions” about the manner in which the whole Muslim community is sometimes blamed for the “extremism of some”.

“All of us, of whatever religious tradition, can identify with what that might mean for a congregation gathered for worship,” the bishop said.

“May the merciful God gather to himself all who have died while at their Friday prayers and console those who have been hurt. I ask that they be remembered in our churches this weekend.”