Public consultation on format of any future Border poll begins 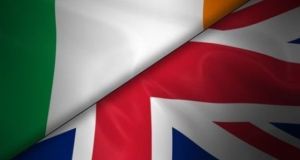 The consultation is part of an independent, two-year project being carried out by the Working Group on Unification Referendums on the Island of Ireland

A public consultation on the format of any future Border poll and how it might be carried out is being launched today by academics in Ireland, Britain and the US.

Residents and civic groups in the North are being asked to share their views on how any potential referendum(s) on Northern Ireland’s constitutional status could be designed and conducted.

Recent developments, the project’s authors stated, have “increased the chances” that the condition for a referendum on Irish unity as provided for in the Belfast Agreement “could be met in the coming years, yet no detailed public thinking has been done on what form the vote could take.”

Their research, they said, “seeks to put the necessary thinking in place to ensure that, should any referendum be called, the process could be conducted in a way that maintained legitimacy and political stability”.

The project will “not take a view on whether such a vote would be desirable or what the outcome should be”, and “only examines what the process of any such referendum would involve”.

The consultation is part of an independent, two-year project being carried out by the Working Group on Unification Referendums on the Island of Ireland and funded by the British Academy and the Joseph Rowntree Charitable Trust.

The group is made up of 13 representatives from those universities who are experts in politics, law, sociology and history.

While the research is focused on the views of people in Northern Ireland, people in the Republic can also fill out the survey and their responses will be considered.

Dr Alan Renwick, the deputy director of UCL’s Constitution Unit, who is leading the project, said the consultation would build on previous intensive discussions within the group and with politicians and other key individuals and the intention was for their research to have a practical impact.

“The two governments are both very reluctant to do any planning, at least at this stage, for a possible referendum because they recognise that it’s a very sensitive matter to raise,” said Dr Renwick. “But we think that it’s really important for some of these questions to be thought through well in advance when a referendum isn’t imminent.

“Launching into a process like this without really understanding what it would involve could be very dangerous, and the governments are not really able to do that [PLANNING]for perfectly legitimate reasons, and therefore we as a group of independent academics we can do work that we hope will be very useful for the governments and also for parties and for people generally in Northern Ireland and the Republic of Ireland.

“Having the public consultation part of the overall project we hope will stimulate people to think about this and reflect on what might be involved,” he said.

This could include questions such as how referendums north and south related to each other, and whether they happened at the same time or different times.

“What stage in a process do you hold referendums?” asked Dr Renwick. “Do you have referendums first on the principle of unification, or do you work out a lot of the detail of what a united Ireland would look like first and then hold a referendum on that detailed plan?

“All these really big questions people haven’t done very much thinking on at all, so those are the sorts of questions that we’re exploring in this project,” he said.

The survey closes on September 2nd and can be completed here