‘Embarrassing’ system of oaths and affirmations to be abolished 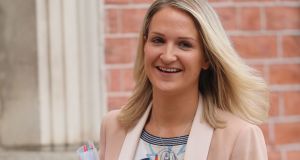 Witnesses will no longer be required to swear before God or make an affirmation when filing affidavits under proposals agreed by Cabinet on Tuesday.

Instead they will be able to make what will be known as a “statement of truth” and will face a maximum one year prison term for breaking it.

The proposals will put an end to the “embarrassing” practice of a witness having to indicate their religious faith when making an affidavit, the Law Society said.

The proposal is one of a raft of reforms contained in the Civil Law and Criminal Law (Miscellaneous Provisions) Bill 2020 which outlines both temporary measures to help the courts during the coronavirus pandemic and long-term reforms of the justice system.

These include allowing a wider range of court cases to take place over video-link and granting the Government power to rapidly increase the number of coroners in an area to deal with coronavirus or another mass fatality event.

The Law Reform Commission recommended the abolition of system of oaths and affirmations thirty years ago. Since then various court judgments have upheld the necessity for an oath or affirmation under the Oaths Acts of 1888 and 1909.

Affidavits are a way of swearing a statement of evidence outside court which saves the witness having to give live evidence. About 150,000 are filed every year, according to the Courts Service.

Under the present system, witnesses must swear upon a Bible or other religious book before a solicitor or notary public that the contents of their affidavits are true.

A non-religious litigant can make an affirmation which does not mention a higher being but only after they explicitly decline to take a religious oath.

Under the proposed system, witnesses can make a non-religious “statement of truth”, without having to declare if they believe in a god or not. This will be done remotely without having to appear before a solicitor or notary public.

Welcoming the proposal, Law Society director general Ken Murphy said the oath and affirmation system places witnesses “in a position of embarrassment and indignity” and is “contrary to the right to privacy”.

Mr Murphy said, “given the diverse nature of contemporary Ireland” it would have been better to replace the oath-based system in its entirety.

Lying to the court can be dealt with using criminal penalties, he said. “It does not need to rely on a professed, or in many cases pretended, fear of suffering a penalty in an afterlife.”

Other reforms outlined in the Bill include granting the Minister for Justice the power to rapidly increase the number of coroners in an area to deal with deaths resulting from the pandemic or help clear the backlog of inquests which has built up due to the lockdown.

The Minister will also be able to assign temporary coroners to deal with other mass casualty events.

The Bill also vastly expands the use of video-links in courts. Currently video-links are mainly used for prisoners in custody for routine case management hearings. Under the proposals, courts will be able to sentence convicted criminals over video-link, including those on bail. However, criminal trials will still take place in a live setting.

The Bill also allows remote hearings of non-court tribunals such as the Workplace Relations Commission. Non-incorporated bodies, such as GAA clubs, will also be able to hold remote agms.