Financial support pledged for childminders, parents who look after own children

O’Gorman to deliver new funding model, will meet Siptu this week on wages 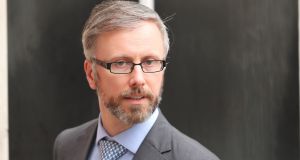 Minister for Children Roderic O’Gorman has pledged to provide financial supports for parents who opt to look after their children themselves.

He also said they would support parents who choose other types of childcare such as childminding.

Calls for such alternative funding in the past foundered in controversy, but the Minister made the pledge in the Dáil as he also promised to ensure “the new funding model for the sector being developed by an Expert Group will be delivered next year”.

He was speaking during during a Dáil debate on early years childcare introduced by Sinn Féin spokeswoman on children Kathleen Funchion, who said the sector was in crisis with costs higher than in most European countries and where most of the 30,000 workers in the sector earn less than the living wage.

Mr O’Gorman said a number of parents told him childcare costs were effectively a second mortgage.

The Minister said he will bring a memo to Cabinet next week about the establishment of a new national childcare agency, Childcare Ireland, “to assist in the expansion of high quality childcare, spearheading leadership, best practice and innovation”.

The agency aims to ensure that childcare is “affordable, accessible and of high quality. The creation of such an agency was a key ask of service providers in the sector.

He acknowledged the low staff wages in Ireland in the childcare sector. “This has to change if we are to show that we value this workforce and if we are to attract and retain staff. The staff need to be rewarded appropriately.”

He will meet Siptu this week for talks about the introduction of a mechanism to determine minimum rates of pay, and terms and conditions of employment for childcare workers.

Mr O’Gorman said that 85 per cent of childcare providers who open during the summer had re-opened this year and “over 75per cent of services have applied for Government grants to assist them reopen”.

He added that “I am working with my Government colleague on measures to best support the childcare sector in the period from 24th August to the end of December”.

The €75 million packages for services re-opening at the end of June included access to the temporary wages subsidy scheme to cover 85 per cent of staff wages.

Ms Funchion had introduced a private member’s motion which called for the Government to re-instate the temporary wage subsidy “at the full amount as the basis of investment in the sector, so that entry level wages increase to the living wage” and to keep it going beyond 2020.