Citizenship campaigner will also be Northern Ireland spokeswoman for votingrights.ie 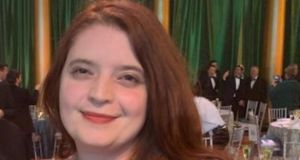 Emma de Souza is vice-chairwoman of Votingrights.ie, which wants a complete modernisation of the Irish voting system

Citizenship campaigner Emma de Souza has been appointed vice-chairwoman of votingrights.ie, an international organisation campaigning for voting rights to be extended to Irish citizens living abroad and in Northern Ireland.

Ms de Souza will also be the spokeswoman on Northern Ireland for the group. Her legal action against the British government over residency rights for her American husband led to Britain conceding that all citizens born in Northern Ireland could be considered as EU citizens for immigration purposes.

In a letter sent to Minister for the Diaspora Colm Brophy this week, the group calls for a complete reform of the electoral system, arguing that Ireland lags behind other countries when it comes to permitting Irish citizens abroad to vote.

“Ireland is out of step with [its] EU peers and indeed most other democracies when it comes to emigrant voting rights; we have not kept up with changing global democratic norms, even as changes in the nature of emigration make the case for voting even more compelling,” it states.

“The Irish nation is diverse and far reaching; being a part of that nation should not be restricted to residency in the Irish State.”

The group estimates “well over 30 per cent of all voting-age Irish citizens are deprived of their right to vote”. This includes the estimated 1.5 million Irish citizens living overseas, as well as Irish passport-holders in the North.

The recent programme for government agreed by Fianna Fáil, Fine Gael and the Green Party commits to holding a referendum on extending the vote to Irish citizens abroad for presidential elections, though no date has been set.

“We would hope that you and your colleagues in the department would support any reforms of the Seanad that would give the diaspora a voice,” it says, supporting the creation of a global panel that would “give Irish emigrants a real voice in the Seanad”.

Ms De Souza visited the US a number of times over the past year, highlighting her case to senior members of the Irish-American community on Capitol Hill, including former secretary of state Hillary Clinton.

The group is also urging a “complete modernisation of the Irish voting system”, noting Ireland was ranked 137 in the 2018 global Electoral Integrity Project for its voting system, clustered with Ethiopia, Kenya, Tanzania and Honduras. Highlighting the lack of an Irish automatic voter registration or national system of voter registration, it says Ireland “lacks the basic infrastructure of a modern electoral system” and will need to improve its current absentee ballot system if emigrants are to vote in future presidential elections.