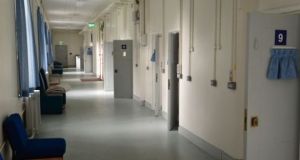 Psychiatric nurses in three units in Dublin had to spend 36 continuous hours on duty as there was insufficient personnel to relive them. File Photograph: Dara Mac Dónaill

The Psychiatric Nurses Association has deferred industrial action after ‘intensive talks’ with the HSE.

The union put an overtime ban in place on Thursday in a dispute over recruitment and retention difficulties in mental health services.

A PNA spokesman said there had been “significant progress” made in talks and added that there would be “direct engagement with the [HSE]early next week”. The HSE welcomed the move.

On Friday, the union said psychiatric nurses in three units in Dublin had to spend 36 continuous hours on duty because there were insufficient personnel to relieve them.

It said community mental health services across the country had been curtailed or cancelled altogether as a result of the overtime ban.

The union said there were issues regarding a shortage of staff reported at units in Limerick, Waterford and Mullingar on Friday morning due to insufficient numbers of nurses to go on duty.

It said staff at three units in Dublin, at Connolly Hospital, Tallaght and at the Phoenix Centre at St Brendan’s, had to work a continuous shift of 36 hours because there were no nurses to relieve them.

The HSE had not made any public comment on the impact of the psychiatric nurses’ overtime ban on the operation of mental health services since it began at 7am on Thursday.

However, it said on Friday night that it looks forward to engaging with the union next week with a view to resolving the issues under discussion.

The overtime ban was introduced in protest at what the union described as a lack of meaningful progress in dealing with recruitment and retention difficulties in the mental health services.

While members of the Irish Nurses and Midwives Organisation (INMO) concluded a deal with the Government after a three-day strike in February, no agreement was reached with the PNA.

It suspended industrial action at the time to allow for talks with Government representatives but these had not been successful, the union said.

Earlier this week, Minister for Health Simon Harris strongly criticised psychiatric nurses for putting the ban in place and urged them to suspend their action in the interests of patients.“We have to call out what is going on here. It is not on,” he said.

Meanwhile, a Labour Court process aimed at resolving a dispute involving up to 10,000 health support staff working in hospitals throughout the State will resume later this month. Talks ended earlier this week without any resolution.

Siptu said its representatives had accepted an invitation to attend the hearing at the Labour Court on Monday July 22nd, to discuss the dispute over the implementation of a job-evaluation scheme.