CervicalCheck: HSE says it was assured in February letters would be sent 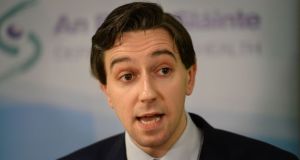 The HSE said it had become aware in February of the IT issue at the US labratory which led to 800 women not receiving cervical screending test results, but had been assured letters would be sent.

Dr Peter McKenna, clinical director of the HSE’s women and children programme, said they had become aware in February of the “computer glitch” but had assured by the US laboratory that letters would be sent out manually to the women’s doctors. It was only earlier this month that they found out that this had not been happening, he told RTE Radio. The HSE had been “very disappointed” by this discovery and was going to investigate, he said.

The problem occurred at a Quest Diagnostics laboratory in Chantilly, Virginia, in the US. The HSE only became aware of the issue after a patient contacted the Department of Health in relation to her missing results.

Asked if this was not another example of women not being told what was happening, Dr McKenna said that it was “probably in some ways more important” than what had happened in the original Cervical Check scandal, where women were not told about discoveries made during look-back audits. The current controversy involved a delay in the communication of “actual clinical results”.

However he said it was important to note that the woman affected did not have a severe grade of abnormality and had been recommended to have further tests to see if they should have colposcopy or not. A colcposcopy is a physical examination by a specialist.

The HSE has contacted a “small number” of the 800 women who did not receive their CervicalCheck smear test results because of an IT glitch, to give them their results directly, Minister for Health Simon Harris has said.

He told the Seanad that GPs are, from today, receiving the smear test results by letter in the vast majority of cases. This should have happened sooner and it was “quite frankly extremely frustrating” that that did not happen, he said.

Mr Harris described the situation as one of “great frustration, annoyance and worry” for women.

Colm Henry the chief clinical officer for the HSE said apologised to everyone involved and said “any delay and inefficiency in the cervical screening service is hugely disappointing for the women involved and for our service.”

Dr McKenna said the incident was being “ investigated at the highest level”. “ This includes investigating with Quest Diagnostics whether any more of our patients have been affected by this. More information in this regard is being urgently requested by the HSE and CervicalCheck,” he said.

Mr Harris said : “The existence of an IT issue was identified following an engagement by my department in June with the National Training Service based on representations from one individual” .

The woman, called Sharon, said she went for her cervical screening test in December 2018 and expected to get the results six weeks later as she “usually” did. Sharon said she started to query her GP in February about the results who advised her it could take up to 14 weeks because of a backlog in the system.

“Basically all I really wanted to get was my results and know that I was okay,” she told RTÉ’s Morning Ireland on Friday.

“I would have phoned CervicalCheck on a number of occasions but they weren’t able to give me any kind of guarantee when I would get my results or where my results were.”

The tests were carried out as a precautionary measure after Quest Diagnostics advised CervicalCheck that a number of cervical screening samples testing had been carried outside the recommended time frame.

The Minister said the overwhelming amount of the tests were precautionary tests for women who had a low or very low risk and were carried out to reassure women and that their original results were unlikely to change, he said.

He stressed that the tests were primarily repeat HPV tests between October 1st and June 25th, carried out as a precaution.

The Minister said, “the HSE has identified a small number of tests affected by this issue that were carried out outside the period described above and has contacted these women directly to communicate their results”.

He added that Dr Henry “will from a communications point of view engage on this matter today (Friday) to provide further reassurance and clarity to the women of Ireland today.”

Mr Harris said he did not want women to be worried about a clinical risk that might not exist, even though what has happened is upsetting from an “administrative point of view”.

The HSE has “rightly apologised sincerely for this IT issue and for the confusion and worry it has likely caused to the individuals concerned.”

Mr Harris added that the HSE is “now confident that the IT system in Chantilly laboratory can generate electronic results for women GPs and the HSE is continuing to closely monitor and engage with the lab”.

He said a lot of progress had been made in dealing with the backlog of smear tests and he expected it to be “effectively gone” by mid-September when the Dáil and Seanad resume after the summer recess.