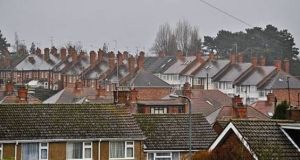 Homeowners in three of the four Dublin local authority areas will not see any changes to their local property tax (LPT) bill next year, as councillors voted to keep the current rate for 2020.

South Dublin County Council and Dun Laoghaire Rathdown (DLR) County Council voted on Monday night to apply the maximum discount of 15 per cent to the rate charged for the coming year.

Meanwhile Fingal County Council voted to apply a 10 per cent discount, meaning homeowners in that constituency will pay a higher rate of tax than those in the other two council areas. This is the same rate as was applied last year in the area.

Dublin City Council will vote on the issue later this month.

However, councillors in each local authority area have the power to decide to increase or decrease the rate charged in their area by up to 15 per cent each year.

Their decision holds for one year only and if no notice of change is given to Revenue by September 30th, the charge reverts to the standard rate.

New and previously unused properties purchased from a builder or developer between 1 January 2013 and 31 October 2019 are exempt from LPT until the end of 2019.

At its monthly council meeting on Monday night, DLR county council was told that the 15 per cent reduction costs the council €7.9 million per year.

Philomena Poole, chief executive of DLR County Council, called for the council to accept a 10 per cent reduction, instead of 15 per cent.

The management team said that retaining the lowest 15 per cent rate would have a negative impact on the authorities ability to carry out services due to the loss of revenue.

However, the motion for a 15 per cent reduction was carried after councillors voted in favour by 21 votes to 13.

At the same meeting, two People Before Profit councillors put forward a motion calling on the Government to abolish the LPT and replace it with a graduated landlord tax that depends on the number of properties the landlord owns.

“The LPT is a regressive tax that takes absolutely no consideration of income or personal wealth and has resulted in less funds being available to fund local services,” Cllr Hugh Lewis, who proposed the motion, said.

“We cannot continue as public representatives to tax low income families whilst simultaneously accepting less funding for the operations of our councils.”

The motion was voted on and defeated, with three councillors in favour and 31 against.