EPA warns of greater risk of cryptosporidium in drinking water 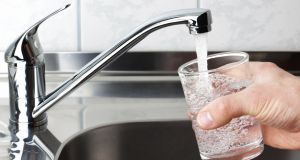 Cryptosporidium contamination of public drinking water supplies in Ireland is increasing and poses a risk to public health, the EPA has warned.

The report, however, highlights cryptosporidium detections have increased in the past three years. It also notes high levels of disinfection by-products, notably trihalomethanes (THMs), in supplies as well as “persistent pesticide failures” and continuing use of lead pipe connections.

Infection from cryptosporidium, a parasite found in human and animal waste, is not life-threatening. However, for people with a weakened immune system, it can be dangerous. It was detected in 25 public water supplies in 2018, up from 17 in 2017 and 12 in 2016.

Of most concern are supplies, with inadequate processes in place to treat or remove it and some with no treatment in place at all. In response to the threat, the EPA has asked Irish Water to submit cryptosporidium test results and indicate to what extent barriers or filters are in place to remove it.

Dr Tom Ryan, director of the EPA’s Office of Environmental Enforcement, said the authority is seeing an upward trend in cryptosporidium contamination in drinking water supplies.

“[It] can cause serious gastrointestinal illness, particularly in young children and the elderly, and the EPA has ensured that Irish Water has investigated each of these cryptosporidium detections.”

Plants without appropriate treatment for cryptosporidium “need to be prioritised for investment by Irish Water”, he added.

Irish Water has to prioritise sites on the list and develop action plans for improvements to be completed by set dates.

A total of 63 supplies providing water to 555,689 consumers were on the list at the end of 2018, while 42 supplies serving 309,884 people were on the list for persistent THM issues. The European Commission has brought infringement proceedings against Ireland due to the number of water supplies not meeting its THMs standard. Limits were exceeded in 54 supplies compared to 73 in 2017.

The EPA issued six “directions” (legally binding instructions) to Irish Water in 2018, most of which related to pesticide issues. Pesticides limits were exceeded in 34 supplies compared to 48 in 2017.

There are still significant problems at many of Ireland’s water treatment plants, with the potential to harm people’s health

Andy Fannin, EPA programme manager at the Office of Environmental Enforcement, said at the end of 2018, the number of supplies on the EPA’s remedial action list had decreased.

“Unfortunately, that downward trend has been reversed in the first six months of 2019, when we added eight supplies.

“There are still significant problems at many of Ireland’s water treatment plants, with the potential to harm people’s health. The EPA is particularly concerned about supplies where we have seen poor operational practices . . . Consumers must have confidence that their water supply is not just safe to drink today but will also be safe in the long term.”

There are 19 public water supplies where boil water notices are currently in operation, affecting 15,274 people. The highest number impacted is 12,576 people on the Lough Talt supply in Co Sligo, and 1,978 people on the Tallanstown supply in Co Louth. E coli bacteria was detected at least once in 12 supplies, compared to 20 supplies in 2017.

The EPA report is available at: www.epa.ie/pubs/reports/water/drinking/