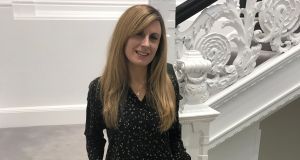 Nicola Dunne, who works in London, is contemplating a return to her native Mayo. 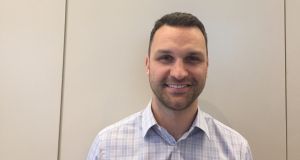 Worcester-born Tom Wesley, 31, had been looking for an excuse to leave London when his Irish-born partner got a new job in Ireland.

Nicola Dunne is not tired of London, but there are days when it is exhausting. Like many others attending a London property show this week for those thinking of moving back to Ireland, she is contemplating a return.

However, she is torn. “There is the worry that I will move back home and think what have I done. But then London has a bit of an expiry date on it. It’s just so draining,” she said.

If she does come back, the Mayo-born Dunne, like others present at the invite-only Sherry FitzGerald London Property Show, is not thinking about living in Dublin, put off by the thought of paying high rents.

From Mayo Abbey near Claremorris, Dunne moved to Leeds in 2008 before moving down to London eight years ago, working first for ITV News and now as a freelance stylist.

“London is extortionate to live in and you get to a point where paying so much money for an apartment is just depressing. Dublin wouldn’t be any different,” she said.

Saying she feels “like a Londoner”, Dunne is tempted by the slower pace Mayo could offer: “Whenever I go home I feel so relaxed and all I want to do is stay. Then I arrive back in London and the buzz is amazing.”

Despite predictions that Brexit will increase demand in stock, the focus at the exhibition was on properties outside the capital, with sellers hoping to demonstrate the “revival” of regional Ireland.

Des O’Malley, head of countrywide at Sherry FitzGerald, said more and more people were looking outside of Dublin, given prices in the capital: “Many people come over and look at Dublin.

“Then, [they] look at the value and realise it is just not doable. Ireland’s other cities are at various stages of revival, and I think these will counter-balance the Dublin market.”

Brexit was an issue, but not overwhelmingly so, he said. “The underpinnings of the property market are very strong in the medium to long term. Unless there is a dramatic hard Brexit, we don’t expect any more price shifts.”

Worcester-born Tom Wesley, 31, had been looking for an excuse to leave London. Then his Irish-born partner got a job in Ireland. One of his chief motivations for leaving is the “endless talk” about Brexit.

“Honestly, I’m just so sick of hearing about Brexit. I could not care less any more,” says the civil engineer. “It does make me feel a bit embarrassed being from England. I have started looking for jobs, but not seriously yet.”

Waterford native, 37-year-old John, no surname given, who has been in London for almost a decade, will move back home to his native county in July.

“I had been looking to move out of London for a while,” he said, “There is definitely a pull home. Being from the countryside, I miss that element and London is just so busy. And then, of course, Brexit has given me an extra push.”

But he will not be coming home alone, since he will be arriving back with his Portuguese boyfriend, Goncalo Gomes, 31, who will need to learn Irish if he is to continue his career as a primary school teacher.

“We will be heading to the shops and the pub in the Gaeltacht, which is only up the road,” said Gomes, “We don’t want to live in the craziness of London any more. We want to visit crazy and then go home to our nice lives.”