TDs and senators printed 34,450 bespoke Christmas cards during the past year 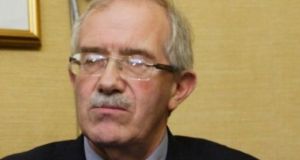 TDs and senators used the Oireachtas printing facilities to produce 271,250 personalised calendars and 34,450 bespoke Christmas cards during the past year.

More than a quarter of the calendars were ordered by independent TD for Tipperary Séamus Healy who used the free printing facility to produce 70,000 of the items in 2018.

Niall Collins and Timmy Dooley, the Fianna Fáil TDs who were sacked from the party’s frontbench over the recent Dáil voting controversy, each ordered exactly 50,000 calendars during the past 12 months.

Taoiseach Leo Varadkar was among 33 Oireachtas members who used the printing facility to produce Christmas cards last year, while 26 members availed of the facility to print calendars during the relevant period.

The cost of the consumables involved in printing the Christmas cards and calendars, such as paper and ink, was just under €10,000. Other costs such as pay for print staff and graphic designers were not available.

One Oireachtas member, Fianna Fáil Senator Terry Leyden, used the printing facility to produce 500 calendars last year but decided to pay for them himself.

“I thought they were quite useless, frankly. I didn’t want the bother of having to explain why I got them,” he explained.

However, Mr Leyden said he would “neither encourage nor discourage” his colleagues from following his example of personally covering the cost of printing calendars or Christmas cards.

“I never give advice to other Oireachtas members. It’s a matter for themselves. . . .Judge not and thou shall not be judged,” he said.

Mr Healy defended his use of the taxpayer-funded printing facilities to produce 70,000 calendars last year, pointing to the fact that it was the only item he had printed during the 12-month period.

He also explained that the calendars featured contact details for important services such as local hospitals, social welfare offices and emergency services.

“Constituents need to have this information at hand so they can quickly access the services to which they are entitled, sometimes in emergency situations,” said Mr Healy.

He said that he has always opposed unnecessary public expenditure, has voted against pay restoration for TDs and has waived pay increases in each of the past two years.

According to Oireachtas guidelines, the print facility must be used only for material relating to parliament and the representation of constituents. It precludes electioneering or campaign messaging.

The cost of printing facilities for elected representatives has been the focus of public debate since it emerged last month that a move to replace existing equipment with a new printer that didn’t fit into the building is likely to cost over €2 million.

Details of Oireachtas members’ use of the print facilities to produce Christmas cards and calendars were released under the Freedom of Information Act.

They reveal that Fine Gael TD Kate O’Connell was at the head of the queue for festive greeting cards last year – placing an order for 500 as early as July 6th. She ordered another 500 on November 21st.

Fianna Fáil TDs Fiona O’Loughlin and John Brady each ordered 14,000 calendars during the past 12 months, while their party colleague Margaret Murphy O’Mahony placed an order for 10,000 last month.