Man charged over attack on woman in Co Cork 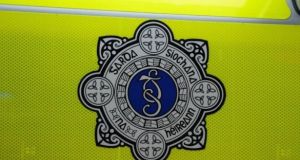 Gardaí said the man would appear before Bandon District Court on Saturday morning.

A man in his 20s arrested over an attack on a woman who was knocked to the ground and robbed in Bandon, Co Cork, has been charged in connection with the incident, gardaí said.

The suspect was arrested shortly before 6am on Friday in west Cork before being taken to Bandon Garda station, where he was detained and questioned under Section 4 of the Criminal Justice Act.

The young woman was walking home shortly before 3am on Sunday, December 1st, when she was attacked on Castle Road in Bandon.

She was approached by a man who initially tried to talk to her before suddenly attempting to drag her down a laneway.

The young woman was then knocked to the ground. The assailant ripped her handbag from her shoulder before fleeing the scene.

Three men who were passing at the time noticed the incident and came to the woman’s assistance.

The woman did not require medical attention. However, she was left badly shaken.

Gardaí said the man arrested on Friday in connection with the incident would appear before Bandon District Court on Saturday morning.