Number of cases of mumps reported so far this year passes 1,000 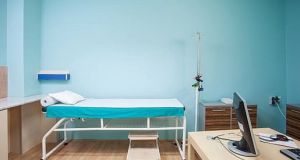 Minister for Health Simon Harris has suggested mandatory vaccination could be introduced as a way of boosting immunisation rates. Photograph: Getty Images

The number of cases of mumps reported so far this year has exceeded the 1,000 mark, twice as many as were recorded in the whole of 2018.

Young people aged between 15 and 24 accounted for two-thirds of cases reported to the HSE’s health protection surveillance centre.

The number of measles cases is also up on the same period last year, from 45 to 54 in the first 16 weeks of the year, according to the centre.

The HSE is warning of a further increase in cases over the summer when Irish holiday-makers travel to countries that are currently suffering major outbreaks of the disease.

The MMR vaccine provides protection against both diseases, but vaccination rates are below the 95 per cent rate required for herd immunity in parts of the State.

The surge in cases comes as a new survey shows only half of Irish people believe vaccines are “definitely” effective in preventing infectious diseases.

A majority here – 57 per cent – wrongly believes vaccines can often produce serious side effects, according to the Eurobarometer poll of Europeans’ attitudes to vaccines.

About one in three Irish people who were not vaccinated said they “do not see the need” to be vaccinated, while one in 10 claimed vaccines were “only necessary for children”.

Minister for Health Simon Harris has suggested mandatory vaccination could be introduced as a way of boosting the immunisation rates and protecting vulnerable people who are unable to take vaccines or are immuno-compromised.

The survey commissioned by the European Commission found low awareness of the devastating impact of many infectious diseases to this day.

Just 43 per cent of Irish people thought measles were still causing deaths in the EU. Between February 2018 and January 2019, there were 12,266 cases of measles within the EU, of which 33 were fatal.

Only 17 percent believed tetanus was still causing deaths in Europe. There were 89 cases of tetanus in the EU in 2017, of which 14 were fatal.

Some 15 per cent of Irish people said polio was still a cause of death in Europe. In fact Europe has been polio-free since 2002.

Only half of Irish people believed flu was still causing deaths despite the fact the disease kills dozens of people here every winter.

Asked whether vaccines were rigorously tested before being authorised for use, 80 per cent of people in Ireland, and in Europe generally, said they were.