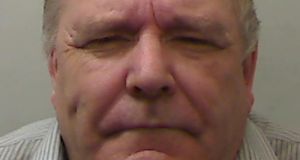 The North’s Public Prosecution Service is considering appealing the sentence given to a Craigavon, Co Armagh couple who sexually and physically abused a vulnerable woman over an eight-year period.

At Craigavon Crown Court on Tuesday, Judge Patrick Lynch, QC, sentenced Keith Baker (61) to 15 years in jail with a further five to be served free on licence for the abuse of a now 53-year-old woman with severe learning difficulties.

Baker’s 54-year-old wife Caroline was sentenced to 18 months in prison and 18 months free on licence for participating in the sexual and physical abuse of the woman.

The abused woman was held by the Bakers as a virtual prisoner in their home at Drumellen Mews in Craigavon from 2004 to 2012.

The nature and scale of the so-called House of Horrors abuse caused public shock and outrage. Over the eight years the victim was held in a cold, locked room without a carpet, a light bulb or bedclothes or curtains.

The only toilet she had access to was overflowing with human excrement. The Bakers took video recordings of their abuse of the woman, which showed her first as a well-nourished woman in 2004, but ending up as an emaciated woman of just 38kg (six stone).

The Bakers pleaded guilty, which the judge took into account in his sentencing. Judge Lynch also noted how Keith Baker was a “Svengali figure” who had a “psychological hold” over his wife.

There was much public comment on radio shows in Northern Ireland on Wednesday from members of the public who complained the sentences were too lenient.

On Wednesday, too, the North’s Public Prosecution Service issued a statement saying it was considering appealing the sentences.

“The Public Prosecution Service is currently considering if there is a basis to refer the sentences handed down in this case to the court of appeal on the grounds that they may be unduly lenient,” it said.

The victim’s husband, who also has severe learning difficulties, reported to Suffolk police in 2004 that his wife had gone missing. This prompted questions as to why his alert was not followed up more rigorously.

Suffolk police confirmed it took a call from a woman they believed to be the man’s wife in 2004. She said she was not missing, but on holidays with a friend. “The woman used the mobile phone linked to the missing woman and there was no indication at the time to suggest that she was anyone but the named individual,” Suffolk police said in a statement.

The police and crime commissioner for Suffolk, Tim Passmore, said lessons had to be learned to ensure such an occurrence “never happens again”.

Asked if it were usual for a missing person query to be given up after one phone call, he told the BBC: “I would be seriously alarmed if that happened today.”