Nine injured after falling from lorry after GAA match in Enniskerry 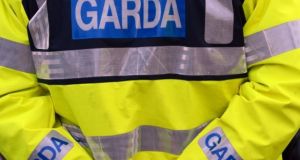 Nine young men were injured after falling from the back of a lorry in Enniskerry, Co Wicklow on Saturday evening.

The men, who were among a group of Enniskerry GAA players and supporters, were taking part in a homecoming celebration after the Enniskerry GAA Junior B beat Avoca to win the Wicklow Junior B football championship earlier in the day.

The incident happened about 6.30pm and access to the village was closed by gardaí as a fleet of ambulances attended the injured. A video posted on social media appeared to show people celebrating on the back of a flatbed lorry, before suddenly falling from the back of it.

The video was widely shared on social media earlier in the evening until the families of those involved requested that people stop sharing it. Enniskerry GAA posted on its Facebook saying: “Enniskerry GAA has asked that people don’t share the video of the accident on social media. There is no critical or life-threatening injuries after tonight’s accident nor was there any deaths.” It added: “Some players have bad injuries but everyone will be fine”.

A Garda spokesman also said the injuries suffered by the group did not appear to be life threatening.

The ambulances ferried the injured to Tallaght and St Vincent’s hospitals. Neither hospital was in a position to provide a comment on the condition of the young men on Saturday night.