Mother might still be alive but for Eighth Amendment – gynaecologist 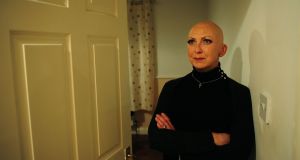 Mother-of-one Michelle Harte might still be alive were it not for the Eighth Amendment having prevented her from obtaining a termination here when she was taking a new cancer therapy and was in remission, Prof Louise Kenny said. File photograph: Aidan Crawley/The Irish Times

A gynaecologist has said a mother she had treated might still be alive if she had been able to obtain an abortion in Ireland.

Mother-of-one Michelle Harte might still be alive were it not for the Eighth Amendment having prevented her from obtaining a termination here when she was taking a new cancer therapy and was in remission, Prof Louise Kenny said.

Prof Kenny, of University College Cork and Cork University Maternity Hospital, said that there was no doubt but that the Eighth Amendment affected how Ms Harte (39), from Ardamine in Co Wexford, was treated after she had an unplanned pregnancy in 2010.

Prof Kenny said Ms Harte had been in remission for some time after joining a randomised control trial for a new cancer treatment for a malignant melanoma, but she gave up the drug when she learned she was pregnant.

International guidelines and good clinical practice require pregnant women not to take part in drug trials other than for the purpose of trialling a drug in pregnancy, so Ms Harte, a mother of a nine-year-old boy at the time, had to make a decision as to what to do, said Prof Kenny.

Having been ill for some time, Ms Harte did not have a passport, so she had to set about acquiring one along with funding to go to London for a termination. With the two weeks that the CUMH ethics committee took to reach its decision, Ms Harte was delayed in going to the UK.

“I think she was eight weeks pregnant when I first met her and she was excited at the pregnancy even though it was unintended, but when she realised the gravity of the situation, she realised that as the mother of a nine-year-old son, she had very little choice in her own mind – and I supported her.

It’s drilled into us as medical students from day one that good communication where you hand over everything is essential, and poor hand-over is responsible for many medical mistakes

“So she went to the UK for a termination, but between waiting for the ethics committee to give a decision on whether we could do this in Ireland, and the three to four weeks to get a passport and go to the UK, she was off that trial drug for the whole time and the cancer returned, and she died.”

Prof Kenny said that because of her cancer, Ms Harte could not just turn up at a clinic in the UK offering abortion services, but had instead to go to a hospital. She said the Eighth Amendment continued to have an impact in that she, as her doctor here in Ireland, could not refer her to the UK hospital.

“I couldn’t refer her to a hospital in the UK under the Eighth Amendment – it’s incredibly restrictive. It’s drilled into us as medical students from day one that good communication where you hand over everything is essential, and poor hand-over is responsible for many medical mistakes.

“Yet, I found myself dealing with a woman with complex medical conditions and I had to say to her that not only can I not treat you here in Ireland, and you have to travel abroad, but I cannot even pick up the phone on your behalf to refer you – you just have to take your chances.

“It goes against everything I’ve been trained to do as a doctor, and all of us, as gynaecologists. We can’t refer patients but we send them to hospitals in the UK where we’ve worked, where we have colleagues, where we know that they will be looked after but it’s not ideal – it’s obscene.”

Prof Kenny, who has been out canvassing in Cork for a Yes vote in the May 25th referendum, said she is free to highlight Ms Harte’s case as Ms Harte, a former nurse, had done a series of media interviews after the termination to highlight the restrictions imposed by the Eighth Amendment.

“When Michelle came back from the UK she made it her mission to make sure that as many people as possible knew her story – even though she was very ill, she still went and did interviews – she was one of the bravest women I ever met but she genuinely could still be alive today but for the Eighth.”