Woman whose husband and son died at sea receives €245,000 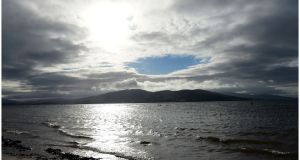 A Donegal widow who had secured the Ombudsman’s support for State compensation over exclusion from a Government scheme has finally been sent a cheque for a six-figure sum.

Bruckless resident Winifred Byrne has received an ex-gratia payment from Minister for Marine Michael Creed, after a 14-year battle over her exclusion from the “Lost at Sea scheme” to support families whose vessels had sunk.

Almost nine years ago, the then Ombudsman Emily O’Reilly recommended that a sum of €245,570 be paid to Ms Byrne after investigating a complaint taken by her son, Danny, on her behalf in 2004.

Ms Byrne’s husband Francis, her 16-year-old son Jimmy, and three other crew died when their fishing vessel Skifjord sank in 1981.

In 2001, then marine minister Frank Fahey initiated a limited scheme to encourage families who had lost vessels between 1980 and 1989 to stay in fishing, by awarding compensatory “tonnage” .

A value had by then been set on fleet tonnage under EU rules restricting fleet size. The scheme allowed those who had lost boats to avail of equivalent tonnage.

Some six applications were accepted from a total of 67. Two of Mr Fahey’s constituents in Galway West received 75 per cent of the total allocation, valued then at €2.1 million.

The Byrne family lodged a complaint in 2004 after their late application had been turned own, stating the scheme had not been widely advertised.

Ms O’Reilly found in their favour in December 2009, stating the scheme had been maladministered. Her report and recommended compensation to the Byrnes was presented to the Oireachtas committee on agriculture.

However, the committee rejected it in 2010 – then only the second time in the history of the Ombudsman’s office that a ruling from it had been refused.

Ms O’Reilly was critical of Fianna Fáil’s use of the party whip system, and branded the Oireachtas a “fundamentally weak, rubber-stamping institution”.

While in opposition, Mr Creed had made repeated attacks on Fianna Fáil for denying the family justice. However, Mr Creed was accused of being a “hypocrite” by the Byrne family when he refused to meet them. After Fine Gael took office, his predecessor Simon Coveney had been advised he had to abide by the Oireachtas committee vote.

Mr Creed said late last month he had decided to “exercise his discretion” in the matter by making an ex-gratia payment to Ms Byrne.

Danny Byrne said that his mother had received the payment, and paid tribute to Mr Creed, and to former Fine Gael MEP Jim Higgins who had championed the family’s cause.

“Jim Higgins never forgot us, and we would also like to thank Taoiseach Leo Varadkar for taking an interest in this case,” Mr Byrne said.