Man charged in connection with three deaths in Dublin 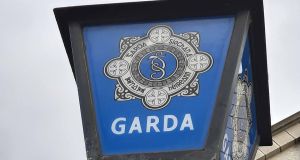 A man has been charged in connection with the deaths of three people in Dublin recently.

A man has been charged in connection with the deaths of three people in Dublin recently.

The man was arrested on Saturday and questioned under Section 4 of the Criminal Justice Act at Dundrum Garda station over the deaths.

He was charged on Sunday evening and is due to appear in Dún Laoghaire District Court on Monday.

In a statement gardaí said a man in his 30s arrested in connection with three deaths at a house in Dublin recently “has been charged in relation to these deaths”.