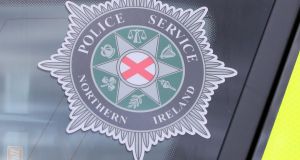 A PSNI detective, objecting to a bail application, said he could connect the co-accused to the charges.

Potentially hundreds of fraudulent credit card details have been seized by police in a cross-Border investigation after four men were refused bail at Banbridge magistrates court.

The allegations were made at a hearing in Newry court house on Thursday.

A PSNI detective, objecting to a bail application, said he could connect the co-accused to the charges.

He told the court five mobile phones had been seized from the co-accused with over 85 images of individual credit card details discovered on two of them and three outstanding.

The magistrates heard the four men attempted to obtain £500 worth of goods from the Timberland store at the Boulevard shopping outlet, Banbridge using images of credit cards on a mobile phone.

Prosecution stated that staff at the store had been alerted to the alleged attempted fraud when the co-accused presented at the till with items, only having images of credit card numbers on their phones to enter, without a physical card.

When confronted by staff, the four men were said to have left the scene in a Vauxhall Astra.

The registration of the car was noted and given to the PSNI along with descriptions of the males from CCTV footage.

Later in the day, the police stopped the vehicle on the Armagh Road, Newry with the four men in the car matching the identities given.

The co-accused were arrested and either provided with a no comment interview or stayed in silence.

An Garda Síochána had also provided further information on the defendants, with the PSNI stating that a number of other shops could have been targeted in the Banbridge area by the alleged fraudsters.

The four co-accused were remanded into custody with the case adjourned to December 17.