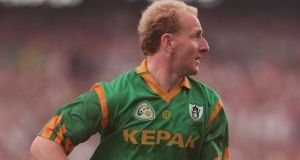 Former Meath GAA footballer Martin O’Connell has expressed his delight that his All-Ireland Senior Football Championship medal has been recovered after being stolen last week.

The medal, which he won in 1987, was recovered by gardaí in Dublin on Tuesday and is being held at Kells Garda station.

The precious accolade was taken from his parents home in Staholmog, outside Kells, on the evening of November 17th.

Gardaí have attributed recovering the medal to media publicity in the case.

Mr O’Connell had given the medal, which he had placed on a gold chain, to his mother as a birthday present some years ago, and his mother recently expressed her wish of passing it onto Mr O’Connell’s daughter Jane.

The gold chain and other items taken in the break-in, including a Golden Jubilee medal, have not been recovered.

“I’m delighted to get the medal back and so are my parents who found it particularly devastated,” said Mr O’Connell who made a public appeal for its return to the media last week.

“I suppose there was always a chance of it coming back because it was inscribed with the date and the county’s An Mhi and because it’s an All-Ireland medal but I have to say that I was still very surprised.

“I don’t really know much about where or how it was recovered but I’m just glad it’s back. It would be great if the other stuff turned up too.”

Martin is the second Meath player whose medals were taken in a robbery in just over a year.

Last November, Graham Geraghty’s medals were stolen in a break-in at his home in Athboy.

Although 13 championship medals were found in a bag discarded on a footpath in Arklow, Co Wicklow, a few days later, his five Leinster medals and Railway Cup medals are still missing.