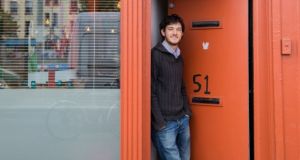 The man behind Dublin’s free coffee campaign which was prompted by news that the city is to get another Starbucks has apologised for “the confusion and disorganisation that we suffered on the day”.

Ciarán Hogan of the Clockwork Door on Wellington Quay organised the coffee giveaway which was to have involved as many as 20 independent cafes across the city.

However as the campaign started on Tuesday morning many of the outlets who had been listed as supporters were unaware it was happening.

“I accept responsibility for my failings and I can’t blame anyone else,” Mr Hogan said. “I was under prepared and overwhelmed for the event and the massive response we received.”

He said that in the weeks leading up to last Tuesday he had visited “all the cafes in Dublin and personally talked to the manager, owner, or director to explain my plan. Most were surprisingly receptive.”

He told them that the idea was to have a Free Coffee Day across the independent cafe sector on the day the new Starbucks, planned for Wellington Quay, opened its doors. When he was making his calls to the cafes he did not know when that day would be.

“Then just last Friday morning we received word that the planned opening date was Tuesday, that turned out to be incorrect but we went ahead all the same. I immediately went to the media with my list of supporting cafes,” he said.

He thought “all would flow easily” but that did not happen.

“I tried to reach as many of the cafes to give the battle cry, unfortunately I was also tied up making our own preparations and being interviewed by every news media in the country. And so when the day came around many of the cafes were taken unaware. Many received calls from media early in the morning; some completely shocked decided to pull out completely. To them I apologise profusely, I failed you.”

However, he hailed the protest, thanked everyone who had participated and outlined what he had hoped to achieve.

When he heard that a Starbucks was due to open up beside him he was “disheartened” and said it was “a double blow that they were converting office space to cafe when I would bet no other company in Dublin, especially the small independents could get away with it no matter what”.

He stressed that he was not anti-Starbucks and said that while the media “really took the angle of an ‘Us versus the mean Starbucks giant’, it was never really about that. It should have been small business versus city planners who let this expansionism continue.”

He said it did not matter “which chain it is, Starbucks, Burger King, Foot Locker, Subway, we cannot allow any one company to use this ‘carpet bomb’ tactic. It may be profitable, but it is not in the long term interest of the city and its people.”

He pointed out that for a small business “there are certain restrictions applied by the council. We might never get the planning permission or contracts of larger vendors. Fine, we accept that. Conversely there should be some restrictions to larger business that do not apply to smaller. For example restricting the location of chains when the area is considered saturated, or under represented by local businesses.”