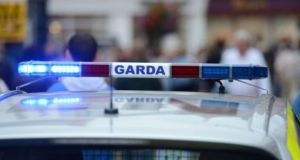 A 54-year-old man has been remanded in custody after he was charged in connection with a knife attack on a family that resulted in one woman having to undergo nine hours of emergency surgery. Photograph: Frank Miller

A 54-year-old man has been remanded in custody after he was charged in connection with a knife attack on a family that resulted in one woman having to undergo nine hours of emergency surgery.

Thomas O’Sullivan was brought before a special Christmas Eve sitting of Cork District Court and charged with three separate counts of assault causing harm to a 47-year-old woman, her 20-year-old daughter and her tenyear-old son.

Mr O’Sullivan was charged with assault causing harm to all three at an address at Middle Glanmire Road in Montenotte in Cork on December 23rd, contrary to Section 3 of the Non-Fatal Offences Against the Person Act 1997.

Judge Mary Dorgan made an order prohibiting the naming of the injured parties on foot of an application by Insp Sean McCarthy who said gardaí were anxious to protect the anonymity of the child who was only ten years old.

Det Garda Dermot Crowley gave evidence of arrest, charge and caution and told the court that Mr O’Sullivan made no reply to the first two charges where he is charged with assaulting the woman and her 20-year-old daughter.

Insp McCarthy said that gardaí were objecting to bail after defence solicitor, Frank Buttimer said that his client was anxious to obtain bail on the three assault charges against him.

Det Garda Crowley said gardaí were objecting to bail on the grounds of the seriousness of the charges which carried a five-year jail term upon conviction and which related to serious injuries inflicted on the three named parties.

He said all three had to be treated for their injuries at Cork University Hospital where the older woman had to under emergency surgery, lasting nine hours to treat the injuries she had suffered in the attack.

He said he was also basing his objection on the strength of the evidence against the accused in that the state would allege he entered the family’s home wearing a balaclava which he then removed inside the house.

He said that the 20-year-old woman and her sister, who is not named as being an injured party in any charge, recognised Mr O’Sullivan once he removed his balaclava and they identified him as the assailant to gardaí.

Gardaí had also obtained CCTV footage from near Mr O’Sullivan’s home at Silvercourt, Silversprings and identified him as wearing clothing before and after the attack similar to that described by witnesses during the assaults.

Det Garda Crowley said that gardaí were also objecting to bail for Mr O’Sullivan on the grounds that he lived only five minutes’ walk from the injured parties in the case and garda feared he would interfere with witnesses if granted bail.

Mr Buttimer said that he believed it was a suitable case for bail as the only valid garda objection to bail was the seriousness of the charges and he pointed out that gardaí had no concerns that he would abscond if granted bail.

He pointed out that Mr O’Sullivan had strong ties in the community as evidenced by the fact that his family were deeply concerned about him and had called regularly to Mayfield Garda Station during his detention.

He also said Mr O’Sullivan’s son was living outside of Cork county, and was willing to take in his father which would address the issue of his proximity to the injured parties and ensure there was no interference with witnesses.

However Judge Dorgan said she was refusing bail on the grounds of the seriousness of the charges, the strength of the evidence connecting Mr O’Sullivan to the charges and the possibility he might interfere with witnesses.

Insp McCarthy said gardaí were seeking a remand in custody to December 27th and Judge Dorgan remanded him in custody to appear again on that date while she also granted him free legal aid after hearing he was on invalidity benefit.