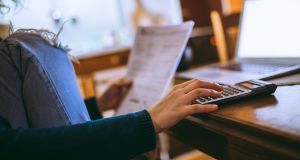 In an era when the cost of going to college is rising, courses with the highest graduate salaries are becoming increasingly attractive.

While notionally we have free third-level tuition – with a €3,000 “registration charge” – Irish students will face the highest college charges in the EU once Brexit happens.

While earnings aren’t everything, they are a key consideration for students hoping to make enough to afford a place to rent.

A study by the Higher Education Authority has tracked the earnings of tens of thousands of students over recent years and broken down this data into 70 areas of study for the first time.

It may not come as a shock that high-points courses such as medicine, statistics, chemical engineering and ICT are among the best paid after four years.

However, it will surprise some to see earnings are relatively high in areas such as nursing and midwifery, occupational health and safety and degrees linked to motor vehicles, ships and aircraft.

Arts and humanities graduates make up most of the lowest-earning categories and take home about half that of the top earners.

One argument often marshalled in favour of arts and humanities graduates is that many go on to complete postgraduate qualifications and boost their earnings significantly.

This study, however, suggests otherwise. It also looks at postgraduate earnings after four years and shows postgraduates from the arts and humanities fields comprise the five lowest earning subjects.

By contrast, postgraduates with qualifications in physics have the highest average earnings four years after graduation. Other high-earning subjects include accounting and taxation, electronics and automation, and software/applications development.

The study also shows students’ future earnings are linked strongly to the type of school they attended, sort of higher-education institution they went to, how many points they secured in the Leaving Cert and, of course, subject choice.

For example, students with high points who went to fee-paying schools and studied at university tend to earn most. This, again, will not come as a surprise to most. Academic achievement and socio-economic background have always been big factors.

On the flip side, those with lower points and who went to disadvantaged schools and studied in an institute of technology earn less.

This report attempts to disentangle these effects by modelling earnings to isolate the impact of degree subject, institution type and socio-economic background on graduate earnings by comparing like-for-like graduates.

What is encouraging, and perhaps surprising, is that when students are compared on a like-for-like basis, the study indicates that in many cases the pay gap is not statistically significant.