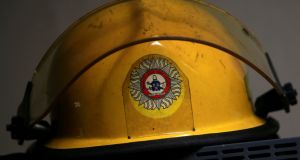 Firefighters in Kerry were battling a major blaze at Killarney National Park on Friday night. File photograph: The Irish Times

The blaze started at about 7pm, firefighters believe. It may have begun in the Old Kenmare Road area.

Firefighters had been undertaking controlled burning in the nearby Mangerton area, a commonage alongside the Killarney National Park, to prevent forest fires.

There have been several local callouts in recent days. However, the fire at Torc began separately and has spread quickly.

On Friday night it was spreading towards the N71, threatening the woodlands of the park.

Fire crews from several divisions were attending the scene.

The blaze could be seen from Killarney town. Spectators were gathering at nearby viewing points.

There are a number of houses in the vicinity. It was not known on Friday night whether residents would be required to evacuate.