Woman ‘unlikely to reoffend’ given suspended sentence and must pay victim €3,000 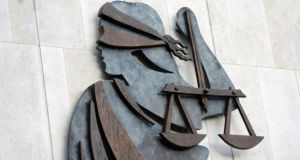 Judge Martin Nolan imposed a four year sentence which he suspended in full on strict conditions.

A grandmother who severed a vein in a man’s neck after she swung a glass at him has been given a suspended sentence on condition she pay €3,000 as a token of remorse.

Sarah English (59) believed that Paul Clarke had ridiculed her late husband and deceased son while the pair were drinking in the house of a mutual friend. The glass shattered cutting the victim’s head and face and slicing a vein in his neck.

An ambulance was called to the scene after Mr Clarke lost consciousness due to the amount of blood he lost. He required surgery and has been left with a five inch scar on the right hand side of his face.

The court heard he later told gardaí he had no idea why English had smashed the glass at him.

Judge Martin Nolan said that English heard words which she understood were related to her late son and in her own mind they were upsetting and probably ridiculing and she reacted.

The judge said the victim lost a considerable amount of blood and lost consciousness. He said it was lucky for everyone that the emergency services arrived very quickly.

He accepted that English pleaded guilty, was remorseful and said it was “highly unlikely she will re-offend”.

“She is a mother and grandmother who contributes to society and is invaluable to her children. She is no doubt very sorry for what she did,” the judge said before he acknowledged “the impressive testimonials” handed up on English’s behalf.

He said English had swung her hand with a glass in it and there “was a possibility that the glass could shatter and cause substantial damage”. The judge imposed a four year sentence which he suspended in full on strict conditions.

The conditions included that she pay €1,400 immediately as a token of remorse, and collect a further €1,600 in the next year.

Earlier, Garda Paula Carter told Elva Duffy BL, prosecuting, that Mr Clarke later told gardaí he had no idea why English had smashed the glass at him. He told gardaí she swung it at him, while English claimed she had thrown the glass.

English told gardaí in interview Clarke had mentioned both her late husband and deceased son and she believed he had insulted them.

She described it as “a spur of the moment thing” and said she didn’t realise the consequences for the victim.

Gda Carter agreed with Cathal Ó Braonáin BL, defending that his client had not intended to cause the harm that she had and her behaviour was “wildly out of character”.

“She deeply regrets her actions and the very significant harm she caused him,” counsel submitted before he told the judge that English had €1,400 in court as a token of her remorse.

“She acknowledges that it does not go towards the damage done but is a practical expression of her remorse,” Mr Ó Braonáin said.

He asked the court to accept that his client believed provocative remarks were said to her and that it was not a prolonged attack.