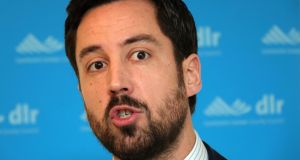 Fines and costs of up to €30,000 will apply to private landlords who illegally increase rents above the Government’s cap of 4 per cent, under new arrangements being considered by Cabinet on Tuesday.

Minister for Housing and Planning Eoghan Murphy is seeking Cabinet approval for a range of measures to strengthen the powers of the Residential Tenancies Board.

The measures would allow the board to investigate and sanction landlords who have exceeded the Government’s cap. In addition, the residential tenancies register would in future also show the level of rent charged for the property in previous years, so allowing prospective tenants to check whether the rent asked for the property is within legal limits.

Legislation to strengthen the Residential Tenancies Board powers with regard to investigations is already proposed and it is hoped to add the new measures and have a Bill before the Oireachtas early in the new year.

Currently the board cannot investigate a case where they suspect a landlord is operating outside the limits, unless a complaint is made. Many tenants are unaware of the rent paid by previous tenants and there is evidence from rental websites such as myhome.ie and daft.ie to suggest that rents are rising faster then the Government’s cap of 4 percent.

Landlords are also able to give a tenant notice if they require the property for their own use, using a standard 30-day notice. However it is understood that Mr Murphy proposes to lengthen the notice period to 90 days and 140 days for those who have a tenancy of more then four years.