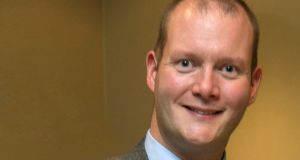 A jeweller, who conned an 84-year-old woman out of over €16,000 when selling a valuable Cartier brooch at a Sotheby’s auction, has been given a suspended prison sentence.

Michael Wall had been convicted by a jury at Cork Circuit Criminal Court last year of five offences relating to his handling of the sale of a valuable Cartier brooch belonging to an elderly woman from Kanturk, North Cork.

Wall (40), with an address at Marionville, Alexandra Road, St Luke’s Cork, had been in the jewellery business for around 12 years. He had denied the charges but the jury delivered unanimous guilty verdicts on four counts and a majority 10-2 guilty verdict on a fifth charge of producing a fake Sotheby’s document in the course of the fraudulent transaction.

The main charge concerned the theft of over €16,000 which represented the difference between the sum of approximately €44,000 Sotheby’s paid to Wall for a Cartier brooch obtained from the pensioner and the €27,800 he subsequently paid her for the piece.

The family, who asked Wall to sell the brooch, said they received a document in the post after repeatedly asking Wall for a receipt. But Arabel Bishop, director of Sotheby’s in Ireland, testified that the document was a fake and not issued by the company.

Wall agreed the document appeared to be fake but he denied generating or sending it. He claimed he told the owner and her daughter he would put the brooch on sale in his own name for the Swiss auction and would pay them the euro equivalent of stg£25,000 if the brooch reached its reserve price.

Wall denied he had betrayed the family’s trust by pocketing over €16,000 for himself after they had taken him into their home and their friendship, trusting him to get them a sale at auction.

The jury found Wall guilty of stealing over €16,000 and forging the Sotheby’s document. It also found that in giving the woman a cheque for €27,800, he was inducing her to believe it was the true proceeds of the sale in order to make a gain for himself as well as two other theft charges of brooches worth €385 each.

Detective Garda Pádraig Reddington, who investigated the case, read a victim impact statement on behalf of the elderly woman at an earlier court hearing where she told how Wall’s deceit had impacted on her and her family.

“I have had so many sleepless nights. “I now feel very vulnerable in dealing with people. It has, after 84 years of life, changed how I view and interact with people. I am now, more than ever, aware that you can no longer take someone at their word and that trust needs to be earned.”

The woman pointed out that she was at a loss of over €17,000 as a result of Wall’s deceit. She told of her shock when she learned that Wall had conned her out of the money while all the time pretending to have done his best for her by selling the brooch at Sotheby’s auction in Geneva in 2012.

“My solicitor looked up the sale on the internet and that was the first time I heard the true value of the sale of the brooch. I felt I could have died with the shock and couldn’t believe someone could be so dishonest . . . I felt stupid for trusting someone who has now so clearly, in hindsight, done me so wrong.”

Judge Sean Ó Donnabhain remanded Wall in custody for eight weeks in June 2017 to see if a place was available for him on the HSE Endeavour Programme, which deals with people with personality disorders.

On Friday, the court was told Wall had made good progress on the 12-month long course.

“This was a despicable, mean offence where he gained the trust of his victim and then abused it,” said Judge O’Donnabhain before noting the progress he had made on the Endeavour course which was the first step towards rehabilitation and he imposed a three year sentence but suspended it in full.