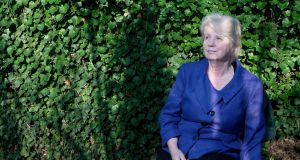 Irish people living in Britain fear they will not be able to see their family in Ireland until 2021 as foreign travel remains a concern even after coronavirus restrictions begin to lift, representative groups have said.

Breege McDaid, director of Irish Community Care, a non-profit organisation in Liverpool, believes there will be considerably less travel to Ireland by Irish emigrants this year.

“As much as they would like to go home, the travel issue and the potential quarantine is a big thing for people,” Ms McDaid said.

“I actually think that many people are thinking that they won’t get home this year. I think they’re thinking that, but actually voicing it, or chatting about it as a reality, is really tough, but I think it will be a reality and that is a concern.”

She fears that this will have a huge impact on people’s emotional wellbeing.

Sally Mulready, a member of the Irish Council of State, and who has lived in London since 1966, said there is confusion among Irish emigrants living in Britain about when is an appropriate time to visit their home country.

Ms Mulready, who lives in Hackney in East London, said the situation is “emotionally complex”.

John O’Connor, who works with the Irish Pensioners Forum of East London, said for the 200 members of the forum, travelling abroad is the last thing they are thinking about.

“People are genuinely very nervous of travelling. The age range of our members is between 65 or 70 to over 90, so we’re to stay inside, we can’t even go out for a walk,” Mr O’Connor said. “Travelling back to Ireland is the last thing on their mind. They’re more concerned about staying safe and healthy.”

However, Jim O’Hara, a board member of the Irish Cultural Centre, believes there could be an increase in Irish people visiting home this summer, depending on the rate at which tourism facilities re-open.

Mr O’Hara said that he is also facing this dilemma, as his sister lives in Belfast and would be “in the older category”.

“I’m torn between wanting to see her and the fear of bringing something from London to Belfast. I haven’t been back since Christmas and normally I’m back every three months,” he said.

“It’s a big issue for a lot of Irish people, particularly for those who have older relatives who may or may not be sick.”