Norway tops the rankings, with the UK in 15th place 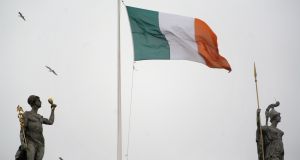 Ireland has a life expectancy of 82 years. Photograph: Haydn West

Ireland has the third highest quality of life in the world, according to a new study by the United Nations.

Norway topped the list, followed by Switzerland, with UK and US taking 15th and 16th places.

In terms of expected years of schooling, Ireland is ranked seventh behind Australia.

Ireland has shown significant growth in the quality of life index, it is up from fourth place last year, while between 2012 and 2017, it jumped 13 places.

The lowest country in the quality-of-life ranking is Niger, with the bottom 10 countries coming from Africa.