Infant burials likely to have happened at Bessborough - report 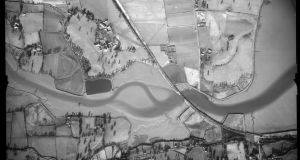 An aerial photograph of the grounds of Bessborough in Cork

It is likely that infant burials took place at Bessborough in Cork even though no evidence has been found of systematic burials there, the Commission of Investigation into Mother and Baby Homes has found.

According to the commission’s final report, which was published earlier this month, it was “highly likely” that burials did take place in the grounds of Bessborough, which opened as a mother and baby home in 1922.

But the commission said that the only way it could be established that infant burials definitely took place in the once 200-acre estate was by an excavation of the entire property, including in areas that have since been built upon.

Bessborough was run from 1922 until its closure in 1998 by the Congregation of the Sacred Hearts of Jesus and Mary, some of whom are buried in a small congregational cemetery that opened in the grounds of the home in 1956.

The commission found that the congregation failed to keep proper burial records for the majority of some 923 infants associated with the home, who died between 1922 and 1998, with burial records being found for just 64.

It stated in its final report that it found it “very hard to believe that there is no one in that congregation who does not have some knowledge of the burial places of the children”.

In its fifth and interim report, which was published in March 2019, the commission noted the records of admissions, births, discharges and deaths compiled by the congregation were transferred to the HSE in 2011; and later to Tusla, the child and family agency, in 2013.

“These documents record the deaths of children and the causes of death in many cases but do not include any information about burials,” the interim report stated.

It added that it was “possible that children who died in Bessborough were buried within the grounds” but it had found no physical or documentary evidence to indicate this had occurred.

It had engaged forensic archaeologists to carry out a cartographic and landscape assessment of possible unrecorded arrangements in the grounds of Bessborough, which at that stage comprised some 60 acres.

The forensic archaeologists and the commission’s researchers reviewed all available cartographic sources and aerial images, and the site was also surveyed.

“It is clear there are a number of locations within the grounds where burials could have taken place. However, there is no significant surface evidence of systematic burial anywhere except for the congregation burial ground,” the commission wrote in its interim report.

The commission asked the forensic archaeologists to look at aerial photographs of the site taken by the Irish Air Corps in 1951 to see if they could find any visible features on the landscape indicative of systematic burials.

It pointed out that, given that the majority of infant deaths – more than 700 – occurred in Bessborough before 1951, it would be reasonable to assume, if there were any burials there, they would show up in the aerial photos taken in 1951.

The “forensic archaeologists … determined that no visible features on the Bessborough landscape were indicative of any obvious site hosting the remains of such a large number of children,” wrote the commission in the interim report.

However, it did acknowledge it was still “highly likely” that burials did take place in the grounds in the 1940s, given the scarcity of petrol would have made off-site burials difficult to hold.

It said it had been contacted by members of the public with mainly second-hand information suggesting where babies were buried in the estate, and these various sites were assessed by forensic archaeologists.

Some of these locations have been built on, but to date, no physical or documentary evidence has been produced that suggests any of the sites identified by members of the public contained human remains, it concluded.

The commission acknowledged former residents and some advocacy groups seemed to assume many of the children who died in Bessborough were buried in the small congregational burial ground.

“At an early stage, the commission thought it unlikely that all the children who died in Bessborough were buried in the burial ground, as it was not nearly large enough for the number of children involved,” it said.

The commission also thought it unlikely that children would be buried in the same burial ground as members of the congregation, whose graves were marked in the normal way with markers.

The commission stated that it spoke to a man who did landscaping work at Bessborough between 1983 and 2003, who told its researchers that he did a lot of excavation work on grounds surrounding the nuns’ graveyard.

He was never told he could not undertake ground works in any particular area at Bessborough. Some years later, an archaeologist told him that the area surrounding the nuns’ graveyard was suspected of being a children’s graveyard.

He frequently came across large bones while digging in this area but he believed them to be the “very old bones of animals” because of their size, and he found nothing that resembled a human bone.