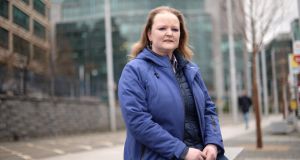 Hundreds of community employment (CE) scheme supervisors are to hold a one-day strike on Friday over access to a pension scheme.

The supervisors will join with staff working in organisations providing health and social care services that receive State grant-aid (known as section 39 bodies) at a protest to be held in Dublin on Friday. In addition, section 39 workers are scheduled to take industrial action on February 21st in a dispute over pay restoration.

The rally is being organised under the auspices of the Irish Congress of Trade Union’s community sector committee to highlight demands for “pay and pension justice”.

Unions representing the CE scheme supervisors said the strike by about 500 staff was over the Government’s failure to implement a 2008 Labour Court recommendation to give them access to an occupational pension scheme.

Siptu official Eddie Mullins said the outgoing Fine Gael administration had invited unions into a talks process last year. However he said “nobody in Government managed to present any proposals to resolve this long-running dispute”.

“This is despite union efforts to present constructive solutions to a problem that has been allowed to fester for far too long, and despite a commitment included in the 2015 Lansdowne Road agreement that progress would be made on this issue during the lifetime of that agreement, which expired in 2018.”

“The incoming administration, however it is composed, needs to recognise that there are a group of workers here who need to have the right to an occupational pension, upheld by the Labour Court 12 years ago, fully implemented.”

Ian McDonnell, an official from Fórsa, the country’s largest public service trade union, said: “It would reflect well on the new administration to quickly deal with the unfinished business of community employment scheme supervisors. The cost of implementing the terms of the Labour Court’s 2008 recommendation from 2008-2019, to cover the implementation of agreeable pension compensation, is €31 million, and €3.5 million per annum is the cost of introducing a 6 per cent weekly employer pension contribution.”

In April 2018, the Minister of State at the Department of Public Expenditure Michael D’Arcy said community employment supervisors were employees of private companies and not of the State. He said it could cost the State up to €188 million a year to pay for pensions for staff in exchequer funded community and voluntary organisations, as well as a further €318 million for ex gratia lump sums.

Unions also said while they had been successful in achieving the restoration of the pay cuts imposed during the economic crisis for significant numbers of staff in various section 39 bodies, this had not yet happened in many of the smaller organisations.

Paul Bell of Siptu said: “Our members in these organisations, all low-paid workers, are falling further behind, having endured cuts in pay of approximately 6 per cent and also suffering a cut in their hours which has had a knock-on effect on service users and their families. “

Gillian Byrne is a community employment supervisor with a drug rehabilitation project in Dublin city where she has worked for 18 years. She says the project has a continuous intake of participants with about 15 – all in recovery – at any given time. The scheme has the capacity to retain participants for up to four years before moving on to treatment, employment, or further education and training.

Ms Byrne says she is taking part in the strike on Friday “because we’ve been left with little option but to advise the incoming government that this is a very significant issue that three previous administrations have failed to address”.

She is aware of the 2008 Labour Court recommendation that an agreed pension scheme for workers like her should be put in place .

“It was a milestone for us and a reflection of the value placed on our public service work.

“As we emerged from the economic crisis I thought this was an issue that could’ve been addressed in the context of pay restoration, but it has since become a piece of business the last Government seemed unwilling to even engage with in any meaningful way, until we took strike action last year.

“There was some progress when the unions met the social protection Minister last year, but there was little progress beyond that. I’m particularly conscious of my supervisor colleagues who’ve retired in the intervening years without this being resolved.

“It’s one of the many challenges the new government will face, but one I hope they address as a matter of urgency. Twelve years on, and with more of my colleagues retired or near retirement, they need to get this done once and for all, and that’s why I’m taking part in this action today.”