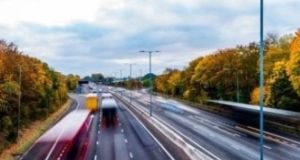 A campaign group is to meet with its legal advisors this week to consider whether to lodge an appeal against a High Court decision to dismiss their challenge to a planned €220 million motorway near their homes in Cork city.

The M28 Steering Group was set up to represent some 10,000 residents in Rochestown, Douglas and Mount Oval in Cork facing a major impact by Transport Infrastructure Ireland plans to upgrade the N28 to motorway status.

The group had appealed to the High Court against the decision by An Bord Pleanala in 2018 to grant planning permission for the upgrade of the N28 from Ringaskiddy to the Bloomfield Junction on the N40 South Ring Road.

But Mr Justice Michael MacGrath ruled on December 20th that despite the arguments by the group’s barrister Oisín Collins BL, the court was not convinced the project was not properly assessed by the board before it made its decision.

The M28 Steering Group had failed in, what was a difficult case to discharge the onus of proof required that would allow the court grant the reliefs it seeks, and must, therefore, dismiss the case, said Mr Justice MacGrath.

The group had claimed the board’s decision was flawed on grounds including that the application for permission to build the road was premature, incomplete and did not meet both domestic and European law requirements

Speaking on behalf of the M28 Steering Group, Ger Harrington told The Irish Times that members of the group were “shocked and devastated” at the decision of the High Court to dismiss its appeal against the planning decision.

“We’re just devastated - we didn’t expect it to be honest about it. We had high hopes considering we spent six days in the High Court between February and April arguing our case but we just have to accept it initially now at any rate.

“But we will look at the full transcript of the judgement and sit down with our legal team who have committed to review it in early January and to advise us whether an appeal to the Court of Appeal or Supreme Court is merited.”

He said the M28 Steering Group committee will meet in mid-January and should the legal advice be to proceed with an appeal, then a formal submission for leave to appeal would need to be made to the High Court by January 23rd.

An Bord Pleanála confirmed in July 2018 that its inspector, Mary Kenneally had recommended in a 425 page report that planning permission be granted with conditions under the Strategic Infrastructure Act for the proposed motorway.

The proposed motorway along the route of the existing N28 runs north-south from near Carrigaline to Cork’s southern suburbs and would involve the acquisition of 141.5 hectares (350 acres) of land through Compulsory Purchase Orders.

The actual upgrade will involve the construction of approximately 11km of standard dual divided motorway with two lanes and a hard shoulder in each direction from Douglas to Carrigaline.

It would also involve the construction of a further 1.6km of single carriageway from near Carrigaline to Ringaskiddy and had been warmly welcomed by both business groups including IBEC and Cork Chamber.

Cork Chamber policy and research executive Michelle O’Sullivan told the oral hearing that the upgrade to a motorway would allow further growth in the pharma sector in Ringaskiddy where some 5,000 people are employed.

The proposed motorway was also supported by Cork Co Council and Cork City Council as well as the Port of Cork which is moving its operations from the city quays and Tivoli down the harbour to Ringaskiddy.

Port of Cork senior engineer Henry Kingston told the oral hearing that the upgrading of the N28 was essential for the move which would free up over 220 hectares (544 acres) of land in the city for both business and residential development.

However the M28 Steering Group had argued that the upgrade, which would see the number of vehicles on the route increase from 9.5 million to 24 million per year, would have a hugely detrimental effect on local communities.

This would include the impact of increased air and noise pollution on families living adjacent to the proposed upgraded route with the motorway coming within three metres of some houses, they said.

They also argued it would not produce the necessary improved connectivity as it would lead to further congestion at the Bloomfield Junction on the N40 Southern Ring Road.

The Southern Ring Road already experiences major peak time congestion with traffic jams from the Jack Lynch Tunnel to the Kinsale Road Roundabout and the new motorway would only add rather than alleviate this congestion.