GAA to honour 14 victims of Bloody Sunday on centenary 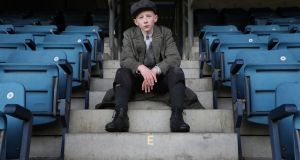 The GAA is to stage a special remembrance ceremony on Saturday to honour the 14 victims killed at Croke Park by crown forces on Bloody Sunday a century ago on November 21st, 1920.

Fourteen flames will be lit on Hill 16 with a corresponding pillar of light dedicated to each of those who died.

Taoiseach Micheál Martin and President Micheal D Higgins will be at the event, which takes place at 6.05pm on Saturday in advance of the Leinster football final between Dublin and Meath.

The commemoration, which falls on the exact centenary of Bloody Sunday, was due to take place in front of a packed Croke Park before the second international rules test series between Ireland and Australia. Instead, it will take place in a largely empty Croke Park as a result of Covid-19 restrictions.

In a statement Mr Higgins said he would lay a wreath to commemorate the deaths of the 14 people attending the football match between Dublin and Tipperary.

“At the close of that day of such killing and injury 100 years ago, 32 people, three of them children, lay dead or dying in Dublin. Countless others were wounded, many with their lives irrevocably changed as a result of the events of the day. More death and heartbreak was to follow.

He said the deaths and suffering were recalled with a “profound sadness, and outrage even, but also as a reminder of the fragility of the hard-earned peace to which we have become accustomed and the consequences that flow from the abuse of power and the failure of diplomacy and politics”.

“ People from different backgrounds on the island may reflect on Bloody Sunday in different ways. We must respect this and be open to differing perspectives, and encourage a hospitality for these differing narratives of the events of that day.”

GAA director-general Tom Ryan and president John Horan will lay wreaths on the spot where Tipperary corner-back Michael Hogan was fatally shot that day, an area of the field in front of Gate 43 at the northern end of the stadium.

The ceremony will conclude at 6.30pm for the arrival of the Dublin and Meath teams.

A minute’s silence will be observed before all GAA Championship matches this weekend.

Speaking in advance of the commemoration, Mr Horan said the massacre was a “defining moment for the GAA and gives us a connection to this venue that goes deeper than it being just another pitch.

“Our work on the centenary has focused exclusively on remembering the people who died, paying respect and tribute to their lives and making a commitment to ensure they and the events that occurred are never forgotten.”

The GAA has asked members throughout the country to pay their own tribute to those who died at Croke Park by lighting their own candle. Various other events will take place around the country to mark Bloody Sunday.