Further tests to be carried in suspected hit-and-run case 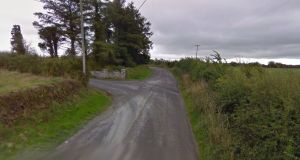 The body of the 67-year-old was found by his wife near their home at Ballybane, Liscarroll in north Co Cork. Photograph: iStock

Gardaí have said that further specialist tests will be required to establish if a man found with trauma injuries at the side of the road in North Cork died as a result of a hit and run.

Assistant State Pathologist, Dr Margaret Bolster carried out a post-mortem on Monday at Cork University Hospital on the body of Scottish man, Alaistair Hines (67), from Ballybane in Liscarroll.

Gardaí have not released Dr Bolster’s findings at post-mortem but it is understood that further specialists tests which will take a number of weeks will be required to establish the exact cause of death.

Gardaí are hoping that the additional tests will establish whether or not Mr Hines died as a result of being struck by a car or whether there were other factors which contributed to his death.

Mr Hines’s body was found by his wife, Moira, with injuries consistent with being struck by a vehicle outside his house at Ballybane on the Castlecor to Johns Bridge Road at around 9.30 am on Sunday.

It is understood gardaí obtained CCTV footage from a house on the road and identified a vehicle which had driven along the road at around 2am on Sunday morning and they traced the owner.

Gardaí later made contact with a 19-year-old from Cecilstown and spoke to him about his driving early Sunday morning while they also took possession of his car for a forensic examination.

Gardaí were also contacted by a 36-year-old man from the area who was a passenger in a second vehicle that travelled the road around 7.30am and they also spoke to him about what he knew.

It is understood gardaí took possession of the vehicle in which he was travelling for forensic examination while they hope to speak to the driver in the coming days.

Mr Hines had been socialising in Kilbrin where he attended a fundraising event for the local Kilbrin Ladies GAA club and he was dropped home at around 1am, being left off outside his house.

Gardaí are puzzled as to why Mr Hines may have stayed on the roadway after being dropped home and they are hoping the postmortem will reveal whether he may have taken ill on the roadside.

“It’s possible the man may have suffered some cardiac event, for example, and collapsed and died on the roadway before he was struck by the vehicle that caused the injuries seen on his body.

“We just don’t know at this stage and we’re hoping the postmortem will clarify what exactly happened to him and whether or not he was the victim of a fatal hit-and-run,” said a Garda source.

Gardaí continued to preserve the scene on Sunday afternoon after Mr Hines’s body was removed to Cork University Hospital which allowed garda technical experts carried out a forensic examination of the area.

In particular, gardaí have appealed to anyone who may have travelled from Castlecor to Johns Bridge between 10pm on Saturday and 10am on Sunday to contact them.