15-year-old Nora Quoirin's aunt Éadaoin Agnew appeals for help in locating her niece, who went missing while on a family holiday in Malaysia. Video: BBC 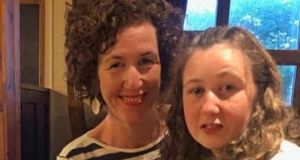 Meabh Quoirin with her daughter Nora Quoirin who has vanished while on holiday in Malaysia. Photograph via PA/Wire 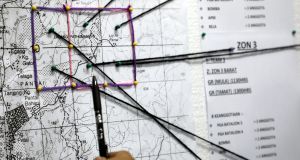 The family of missing Irish teenager Nora Quoirin “remain hopeful” that the 15-year-old will be found in Malaysia, her aunt has said.

Éadaoin Agnew said it had been an “extremely traumatic time for the whole family” but they had been “completely overwhelmed” by the support received from all over the world.

Nora, who has an Irish mother and a French father, went missing on Sunday while on a family holiday at the Dusan resort in a nature reserve some 60km south of the Malaysian capital, Kuala Lumpur.

Her father Sebastien raised the alarm when he discovered she was missing from her bedroom. Her window had been opened.

Police in Malaysia are treating Nora’s disappearance as a missing persons case, but have not ruled out the possibility that she may have been kidnapped.

They said on Wednesday that some 20 people had been questioned as part of the investigation, including resort staff and Nora’s relatives, and that the hotel room where she was last seen had been swept for fingerprints.

“Our forensics team has gone through the entire building, and the investigation process is still ongoing,” said Che Zakaria Othman, the deputy police chief of the state of Negri Sembilan, where the resort is located.

He said officials still believed she was somewhere in the area around the resort, in the absence of evidence to the contrary. “We still have hope of finding her,” he said.

Authorities deployed two drones for an aerial search over an area of 6 square km (2.3 square miles) around the resort, perched on the edge of a sprawling forest reserve.

More than 200 people are searching the area, assisted by dogs, police said, with a checkpoint also set up on the road to the resort.

Nora’s family has said she has special needs and learning and developmental disabilities which make her especially vulnerable, and that she would not have gone anywhere without a family member.

Nora’s parents are “devastated” and “too upset to speak themselves at this time”, Ms Agnew said.

“We ask everyone to keep Nora in their thoughts, and continue to support the ongoing search for her,” she said. “Nora is still missing, and she is very vulnerable, and we need to do everything we can to bring her home.”

The Quoirin family have been living in London for approximately 20 years. Nora’s mother, Meabh, is from Belfast, and Nora is understood to have been travelling on an Irish passport.

Ms Agnew thanked the Royal Malaysian police force, the search and rescue teams and the emergency services in Malaysia “for all they have done for us in this difficult time”, as well as the missing persons charity the Lucie Blackman Trust and the French, British and Irish police forces.

“We would like to thank our embassies, the local community and the staff here at the hotel, and anyone else who has offered help to find Nora,” she said.

Nora is described as having shoulder length wavy dark blonde hair and blue eyes. She is 5ft 1in in height and of a thin build.

The family has set up an email address for any information that could help the search operation at findnoraq@gmail.com.

The Lucie Blackman Trust (LBT) has also provided a hotline and email address for information. People can remain anonymous and can call +448000988485 or email ops@lbtrust.org.

A gofundme page set up to help family members to travel to Malaysia to participate in the search and rescue effort has already raised more than €45,000.

The page states: “More family members are travelling to Malaysia to participate in the search and rescue effort and would appreciate donations to cover any unforeseen expenses or charges incurred in the process.”