Q&A: What is the latest CervicalCheck controversy? 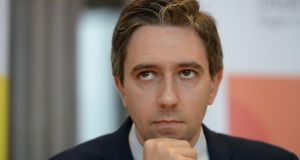 What is the latest problem with CervicalCheck?

Essentially, the IT system at the US-based Quest Diagnostics laboratory in Chantilly, Virginia – which is contracted by the Department of Health to process smear tests – was not compatible with the CervicalCheck IT system and so test results were not being passed on to the Irish system.

“Manual workarounds” were used, ie people inputting results. This went on for eight months but should only have been for a short time leading to “human error”.

How did the problem start?

In November 2018, the National Screening Service, which is over CervicalCheck, agreed to Quest Diagnostics processing additional tests after a 30 per cent increase in the number of tests from 280,000 to 330,000, resulting in a significant backlog. This was a combination of routine smear tests and the offer of free repeat smear tests for women concerned about their results after the original CervicalCheck controversy. This related to delays in information going to more than 220 women diagnosed with cancer.

When did knowledge of the IT problem arise?

Who made the decision not to contact the women about the problem?

In April, CervicalCheck sent a briefing note to all GPs about a range of issues but the women who were awaiting test results were not informed that there was a problem.

Who is ‘Sharon’ and what is her role?

Sharon, identified only by her first name, is a woman who made repeated calls and sent numerous emails about delays in receiving her smear test results. She first emailed the Department of Health on April 3rd and her persistence was key to the emergence of the large-scale problem.

Was anyone else expressing concern about delays?

GPs were contacting CervicalCheck about delays in results from the Chantilly facility. The service in turn contacted Quest in June.

When was the extent of the problem properly identified?

Quest Diagnostics confirmed to the National Screening Service on July 16th that “in or about April 2019” a data file with the results of about 800 “rescue samples” was not sent to Quest’s facility in Dublin which prints and issues the results to GPs. This, it said, was due to “human error”.

When were Sharon’s concerns linked to a larger problem?

On June 25th, the National Screening Service wrote to the Department of Health about Sharon’s test and this is the first link with the IT problem.

When did the screening service find out that Quest Diagnostics had not sent results to GPs?

The service found out in the second week of July that the results had not been sent, and on July 10th it told the Department of Health that approximately 800 women were not issued with test result letters.

When was the Minister for Health informed?

Simon Harris was briefed about the issue on July 10th.

On July 15th, Paul Reid, the chief executive of the HSE, announced a rapid review of the controversy which would be chaired by Prof Brian MacCraith, president of Dublin City University. Some 30 interviews were then conducted and more than 4,000 documents reviewed.

Wasn’t there another problem with the labs?

In November 2018, Quest alerted CervicalCheck to a separate problem about the expiration of samples for HPV testing at its laboratory in Teterboro, New Jersey. A total of 11,763 samples were affected by the expiry date but in 6,446 cases no re-test was found to be required. Quest Laboratories in Chantilly was able to “rescue” some samples. After a re-test, 55 of the “rescue samples” proved positive for HPV, the virus which can cause cancer, when the initial test was negative. The GPs of the women concerned were informed in February 2019.

A tracking system is to be established to allow women follow the progress of their tests. On behalf of the HSE, Reid apologised to women, pledged to develop a culture of “putting women first”, and said he accepted all recommendations in the rapid review including ensuring CervicalCheck becomes a well structured organisation.