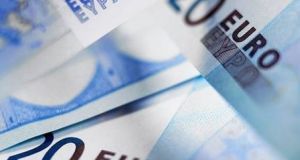 The Department of Public Expenditure told public service representative bodies that it envisaged no pay increases for State employees in 2021. Photograph: Getty Images

The country’s largest public service trade union has indicated that any new pay agreement with the Government should seek to roll back longer working hours introduced for staff following the economic crash a decade ago.

Trade union Fórsa said on Friday that any new process with the Government “needs to acknowledge the contribution of public servants both during the pandemic and in the hard years following the 2008 banking crisis”. It said wages in the public service had fallen behind those in the wider economy over recent years.

The union said that talks with Government officials by the end of the month “will likely signal whether the two sides believe there is scope to negotiate a new deal”.

The Department of Public Expenditure told public service representative bodies over the last week or so that it envisaged no pay increases for State employees either nationally or at sectoral level in 2021 under any new agreement. However increments would be paid as normal.

The current public service pay accord for 340,000 State employees expires at the end of the year. The Government last week sanctioned the payment of the final two per cent pay increase provided for in the deal. This comes into effect at the beginning of October.

It is understood that the Department of Public Expenditure suggested that any new deal would be of a shorter duration, running potentially for two years. This has led to suggestions that any increases could be pencilled in for the second year of any new accord.

The Department of Public Expenditure suggested that there would be talks at sectoral level - in health, education, civil service, local government, An Garda Síochána and the Defence Forces on particular issues and grievances as part of any new accord. There would also be a national level component. However, there would be no pay rises arising from either element of the deal next year, sources who participated in the discussions said in recent days.

The Department of Public Expenditure did not comment on the talks with public service representative groups.

In its first statement on the engagements, Fórsa said a substantial amount of work had been carried out last year on the potential shape of a new agreement to cover 340,000 public service employees. However, it said, momentum was lost in the months of Government formation that followed last February’s general election.

“Furthermore, the economic and financial impact of Covid-19 - including the huge cost of wage supports and additional health spending - has fundamentally changed the context of the talks. While the Programme for Government firmly commits the new administration to seeking a deal, Brexit and the pandemic also mean the Government’s main focus has been elsewhere.”

“Fórsa has said the process needs to acknowledge the contribution of public servants both during the pandemic and in the hard years following the 2008 banking crisis. The union wants it to address outstanding post-crisis restoration issues, including additional working time introduced for lower and medium-paid workers in 2013.”

“The union also wants a mechanism for dealing with issues specific to particular grades and categories of staff, and points out that public service pay did not keep pace with cumulative inflation - or pay movements in the broader economy - in the years following the banking crisis.”

The union said that on foot of the current pay agreement and earlier adjustments around 90 per cent of civil and public servants had now had their basic pay rates restored to 2009 levels.

However it said “ most of their incomes are lower than in 2009 because of other factors, including increased pension contributions”.