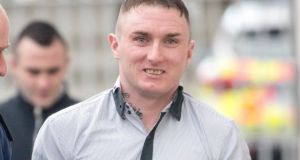 Longer sentences should be imposed for burglaries which are leaving elderly people in rural Ireland to “live in permanent fear or dread”, the Director for Public Prosecutions has told the Court of Appeal.

The submission by the DPP was made to the court as it extended the detention of two men jailed for a “fatal burglary” in 2015 at the home of a 62-year-old man to ensure that they do not escape further penalties for the crime.

He collapsed and died at his home in Toomaline, Doon, Co Limerick as he was about to confront the two intruders, who ran away without offering any assistance.

However, the Court of Appeal found the two men’s sentences to be “unduly lenient” following a review of sentence brought by the DPP, Claire Loftus, in December.

The three-judge court remanded both in custody until April 17th after learning they were due for release in mid-April – days before the court’s judgment on longer sentences for the O’Donoghue burglary is to be delivered.

In a rare move, the DPP asked the court to set sentencing guidelines for burglaries because of the “serious social problem” they are causing.

Guidelines are rarely set by the court. They have been laid down for serious assault and firearms possession, but the court declined to set them for cases of dangerous driving causing death.

The DPP’s action had been “out of recognition of the undeniable social problem caused by residential burglaries (especially the kind involved in the present case) and the legitimate public concern about such burglaries”, said counsel for the DPP Thomas O’Malley.

Residential burglary amounts to an infringement of the right to the inviolability of the dwelling as protected by Article 40.5 of the Constitution, he said.

Such attacks are a “serious social problem” particularly on homes occupied by an elderly, the infirm or disabled, or where they happen at night or in the early hours when people are at home.

The attacks had a serious impact on victims, but even a single burglary left “a ripple of fear” for miles around for those living in similar circumstances, forcing people to “live in permanent fear or dread”.

Burglaries could destroy entire communities or ways of life, Mr O’Malley said, forcing people to alter their lifestyles, or even leave their homes for sheltered accommodation.

They should, he said, be treated as a “special case” by judges, since they were at least as much an offence against the person as they were upon the property, and sometimes more so.

While little or no property of any value may be taken, typically, the victim will continue to endure fear and insecurity for quite a long time to come, Mr O’Malley said..

In seeking a review of the Caseys’ sentences last December, Mr O’Malley said they had targeted four homes in a well-planned “spree”, entering three.

While it was not alleged that the Caseys directly caused Mr O’Donoghue’s death, Mr O’Malley said there was “undoubtedly some causative link” with the burglary.

Mr O’Donoghue’s surviving sister saw her brother die shortly after arriving home while the burglary was in progress, while property of significant economic and sentimental value was taken from another victim.