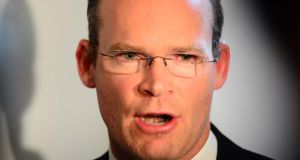 Cork is set to become the fastest growing city in Ireland over the next 20 years with the population of the city set to almost treble under a combination of Project Ireland 2040 and the extension of the city boundary, Tánaiste Simon Coveney has said.

Mr Coveney told a Cork Chamber breakfast briefing on the future of Cork under Project Ireland 2040 and the National Development Plan that the population of Cork is expected to grow from its current level of about 120,000 people to between 320,000 and 360,000 by 2040.

He explained that the city boundary extension, which will see the city extend out to include southside suburbs such as Rochestown and Grange as well as incorporate Glanmire, Blarney, Tower and Ballincollig, will add approximately an extra 100,000 to its population.

And under Project Ireland 2040, the Government is seeking to add another 125,000 residents as part of a strategy that will seek to direct population growth away from Dublin and into other nodes of investment such as Cork, Limerick, Galway, Waterford and other regional centres.

Mr Coveney explained that the plan envisages population growth nationally of one million and while the plan seeks to direct that growth away from Dublin, the capital will by nature of its scale and size inevitably grow by some 250,000 to 260,000 by 2040.

Mr Coveney said that if the Government were to do nothing, then some 75 per cent of future population growth would happen in the Greater Dublin area leading to further congestion and greater numbers commuting into Dublin from towns like Portlaoise, Naas, Navan, Clane and Maynooth.

“In the southern region, we are creating three nodes of investment in Cork, Limerick and Waterford and if we are going to counterbalance the dominance of Dublin then we are going to have to create economies of scale in these cities to create alternative pull factors for business investment.”

Mr Coveney said that the plan was to increase the population of the southern region – which consists of the six counties of Munster and Carlow, Kilkenny and Wexford – by 350,000 to 380,000 to bring the population to more than two million, which would mean a significant employment increase.

But it was evident that by seeking to increase Cork’s population by 125,000 – approximately the same amount as Limerick, Galway and Waterford – together and with an extra 100,000 growth in Cork county, the Cork region is set to become the fastest growing area in the country.

“There’s never been that level of ambition for Cork before and in order for that to happen there is very significant state investment need and there will be huge pressure on agencies like the IDA and Enterprise Ireland to create the employment opportunities to facilitate that type of growth.”

He explained that 50 per cent of the projected population growth in Cork city, as in the other regional cities and Dublin, will take place within the existing urban area through building on brown-field sites to achieve compact growth and greater population density.

This will involve in many cases building upwards so the skyline of Cork is set to change dramatically over the next 20 years with buildings such as the 17-storey Elysian Tower becoming commonplace in the Cork Docklands to achieve the population density needed to support improved public transport.

“At the end of this, we want this city and this county to be a real alternative to Dublin. Cork essentially hasn’t changed much over the last 20 years, but over the next 20years it will look dramatically different from what it looks like now with 25pc of the city’s footprint still to be built.”