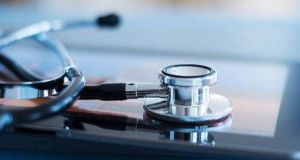 The doctor brought judicial review proceedings against the Medical Council, the Minister for Justice and the State, aimed at quashing the finding and sanction.

A doctor has lost his legal action aimed at quashing a finding of poor professional performance made against him by the Medical Council.

The challenge was brought by Dr Saqib Ahmed, who was the subject of a fitness to practice inquiry by the Medical Council arising out of a complaint made while he was working as a junior registrar in oncology at University Hospital, Limerick, between July and November 2012.

This related to an allegation that Dr Ahmed had failed to request basic medical tests including blood, urine and kidney function tests for a patient whom he saw on November 6th, 2012.

As a sanction, Dr Ahmed received “an advice” in writing from the Medical Council.

Dr Ahmed brought judicial review proceedings against the Medical Council, the Minister for Justice and the State, aimed at quashing the finding and sanction.

He claimed the finding was irrational and not supported by evidence. He also claimed the absence of a right of appeal against a sanction of advice breached his rights under the Constitution and European Convention on Human Rights.

Dismissing the action in the High Court on Friday, Mr Justice Charles Meenan said there was “clearly” evidence before the FTP inquiry upon which it could reach the decision and Dr Ahmed was not entitled to have the finding quashed.

The sanction at issue is the lowest sanction that could be imposed by the Medical Council and did not limit or restrict the applicant’s ability to practice medicine, he added.

The adverse consequences of the sanction of an advice that was imposed on the doctor were general in nature and no particular adverse incidents arising out of the sanction were shown to the court, he said.

While Dr Ahmed would have to inform future employers of the sanction, it could be assumed employers would be able to distinguish between the lowest sanction possible and something more serious, he added.

He also rejected claims of breach of his rights, including to his good name. The lack of appeal against such a sanction did not render the relevant sections of the 2007 Medical Practioners Act unconstitutional, he also held.

No benefit to mask outdoors when socially distancing, says professor