IMO wants new beds to be provided within next two years 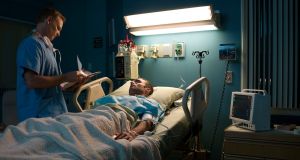 The IMO said planned government investment in the acute hospital sector had to be reviewed to allow for a significant up-front injection of funding to provide 2,000 additional beds within two years. Photograph: Getty Images

Doctors are seeking 2,000 additional hospital beds to be provided in the first two years of the next government, an end to lower pay rates in place for recently-appointed consultants and new investment in general practice.

The Irish Medical Organisation (IMO) said it was “reckless for politicians to talk about expanding services without the proper infrastructure in place”.

Dr Pádraig McGarry, the IMO’s president , said politicians needed “to sensibly prioritise what we can realistically achieve for the good of all patients rather than promising everything to every person in the hope of winning votes”.

The IMO said the overcrowding problem in hospitals, which was dangerous to patients and staff, was a direct result of the removal of hundreds of beds from the system a decade ago. This “left Ireland’s rapidly ageing population with the fourth-lowest hospital bed per capita ratio in Europe”.

The doctors’ trade union said planned government investment in the acute hospital sector had to be reviewed to allow for a significant up-front injection of funding to provide 2,000 additional beds within two years. It said an accelerated programme to deliver at least 5,000 beds was needed to meet demand and to ensure patients could be treated in a timely manner.

The IMO said pay cuts introduced for consultants appointed after 2012 had led to recruitment and retention problems and should be reversed.

“Young doctors must be given grants to establish new practices and existing practices should be helped to recruit more GPs with grants for additional medical staff,” he said.

“The priority objective should be to support our sickest and poorest patients. If we do not do this fast, we will see even longer waiting lists in GP practices and a collapse of the out-of-hours service.”