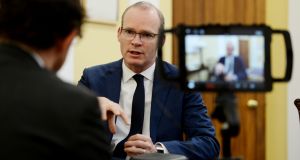 The Department of Foreign Affairs has collected emergency plans from all Government departments amounting to 280 documents in preparation for the possibility of no deal being reached on Brexit.

Plans were sought by the department, which is leading the Government’s preparations for the UK’s withdrawal from the EU in March 2019, as part of contingency planning for a worst-case scenario.

The reports sought from the departments are aimed at preparing a Government-wide response to manage a disorderly Brexit, including any emergency legislation required and measures to deal with high tariffs imposed on goods entering and leaving the UK and delays at Irish and British ports.

In some cases, the department has sought more detailed plans, resulting in dozens more documents being submitted by the Departments of Finance and Business.

The Department of Finance has looked at whether new legislation would be required for financial services in the event of a hard Brexit given that contracts in this area are governed by English law.

The potential number of new customs and excise staff and additional resources required by the Revenue Commissioners to manage post-Brexit inspections and Border checks has also been explored by the department.

“A massive amount of work has been going on across all Government departments to ensure Ireland is prepared for every eventuality with Brexit,” said a spokesman for Tánaiste and Minister for Foreign Affairs and Trade Simon Coveney, who is managing the Government’s Brexit team.

“We have to be prepared for a disorderly Brexit and that work is under way, it is contingency planning we hope never to have to use,” he added.

The department has declined to release details of the planning contained within the documents as it was “still being processed and is extremely sensitive” with Brexit negotiations ongoing, said the spokesman.

“It is not in the national interest for us to air our contingency planning for all to see during international negotiations which are of such fundamental importance for the future of the island,” he said.

EU and UK negotiators have been meeting over the quiet Easter period in Brussels discussing for the first time potential ways to avoid a hard Border on the island of Ireland.

In a separate development, the EU’s chief Brexit negotiator, Michel Barnier, has accepted an invitation to visit Ireland again at the end of this month.

Mr Barnier is expected to visit the Border and possibly Belfast when he visits for the Government’s next all-island civic dialogue on Brexit, comprising 1,500 civic society and industry representatives, in Dundalk, Co Louth.

Ahead of that visit, Mr Coveney will continue his round of shuttle Brexit diplomacy, briefing foreign ministers of smaller EU countries over the coming week on Ireland’s concerns around the UK’s departure.

Portuguese foreign minister Augusto Santos Silva will visit Mr Coveney at Iveagh House in Dublin on Monday. The Tánaiste will meet the new Dutch foreign minister, Stef Blok, in The Hague on Wednesday.