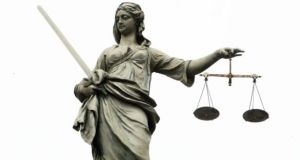 In a High Court ruling on Monday, Mr Justice Denis McDonald said that the courts could not approve the debt-for-equity swaps without the consent of the relevant secured creditor. Photograph: Alan Betson

Thousands of older people in long-term arrears on their mortgages could benefit from a debt resolution option if personal insolvency legislation is changed, a debtor advisory group has said.

Claire Kelly, chairwoman of the Association of Personal Insolvency Practitioners, which represents financial advisers who help people in debt, said the legislation needs to be “tweaked” to permit debt-for-equity swaps as a debt rescue solution after a High Court ruling this week.

In a High Court ruling on Monday, Mr Justice Denis McDonald said that the courts could not approve the swaps – where banks exchange part of the mortgage debt for partial ownership of an insolvent debtor’s home – without the consent of the relevant secured creditor.

On Monday, the judge called on the Oireachtas to amend the 2012-2015 personal insolvency law to allow the debt resolution option to be set out “in sufficient detail” to enable borrowers, banks and funds “to identify and fully understand the precise scope and boundaries” of these solutions.

Ms Kelly, a Kildare-based insolvency practitioner who has worked on about 200 personal insolvency arrangements for debtors, said that there were “definitely thousands” of potential applicants that the debt resolution mechanism would be suitable for.

She said that it would work best for people close to or at retirement age who are living in a high-value property with a substantial mortgage which they cannot afford to pay but they have insufficient equity built up in the property to allow them to trade down to a smaller property.

“There are the exact people that debt for equity is ideal for,” she said.

The option would allow a bank to recover the full value of their mortgage at the end of the payment term from the future sale of property and benefit from any uplift in the market, she said.

Mr Justice McDonald rejected the debt-for-equity swap in a personal insolvency arrangement sought by Sligo woman Denise Lowe that was successfully opposed by Bank of Ireland.

The judge ruled that the personal insolvency law prohibited a mortgage to be written down to a sum below the market value of the property.

“The interpretation is being taken that if you go for debt-for-equity that that is effectively writing down a loan to a lower value instead of recognising that it actually shares the ownership between the bank and the debtor,” said Ms Kelly.

“The judge has called it out and said that the legislation needs to be tweaked in relation to recognising how it works and how it should work to make it available for more debtors.”

The judge found that the Oireachtas, in writing the legislation, was “plainly concerned” to ensure the property rights of secured creditors would be respected but that the protection would be “illusory” if practitioners in agreeing debt-for-equity swaps were free to depart from this.