‘No evidence’ fee-paying schools do better at boosting academic performance 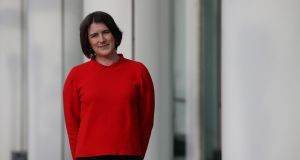 Dr Aedin Doris outside the ESRI where she was the guest speaker at its seminar Good schools or good students? The importance of selectivity for school rankings. Photograph: Laura Hutton

There is no evidence fee-paying schools do better than others in maximising the academic performance of students, according to new research.

The finding is contained in an academic paper, Good Schools or Good Students? The Importance of Selectivity for School Rankings, by a team of researchers at Maynooth University.

It notes that while private schools dominate newspaper league tables based on student progression rates to third level, these outcomes are partly influenced by a range of factors such as prior ability, family income and parental education, as well as the contribution of a given school.

To disentangle the impact of students’ characteristics and the effectiveness of the school, researchers used a “value-added” approach to measure school performance.

This approach identifies which schools do best by measuring where students start from in terms of ability and background and where they end up academically.

Speaking at an ESRI seminar on Thursday evening, Dr Aedin Doris, one of the research paper’s authors, said that while some fee-paying schools ranked highly on measures of “value added”, as a group they performed no better on average than either voluntary secondary schools or vocational/community schools.

In fact, she said, the research team’s analysis indicates that if parents choose their children’s schools on the basis of value added, their children’s academic performance would improve “substantially”.

Another finding was that schools which perform well on this value-added basis are significantly associated with having a female principal.

Dr Doris said one possible explanation for this result was that female principals had more effective leadership styles.

She said a major study of management practices across 1,800 schools in eight countries found that gender was the only characteristic of the principal that was significantly associated with better management scores.

Dr Doris noted there was an absence of official data provided by the Department of Education around school performance, apart from inspection reports which provide only limited information.

“For example, while the Irish Government publishes inspection reports on individual schools, these are qualitative and there is no information on school rankings, either in terms of raw examination results or value added,” she said.

By contrast, some governments have moved towards providing information on schools to parents.

In the absence of other information, she said newspapers produced “ad hoc league tables” based on progression to university.

Despite their acknowledged shortcomings, she said these league tables were believed to affect parents’ choices.

Dr Doris said parents tended to base their school choices for their children based on raw scores – such as league table results – rather than the “value-added” performance.

However, she said re-allocating students to schools based on value added could substantially boost student outcomes.

“When we simulate the effect of all children attending their best available school, we find that the impact is comparable to the impact of having a parent with a university degree,” she said.

“Providing information on the value added of schools to parents when making their school choices has the potential to boost academic achievement without incurring substantial costs.”

The research was calculated using a combination of data such as Junior Cert scores and longitudinal data relating to children using the Growing Up in Ireland study, which contains detailed background information on children and their families.

It is based on the performance of thousands of children across more than 300 secondary schools.

While school names are not identified in the report, it does distinguish between school types, such as fee-paying, vocational/community schools and voluntary secondary schools.