Death of talented writer with compassionate understanding of human nature 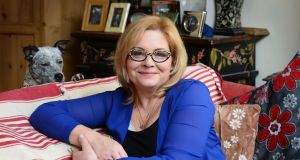 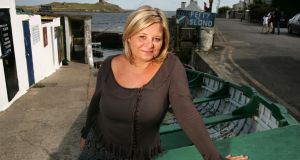 Tributes have been paid to the journalist and author Kate Holmquist, who has died.

The death of Ms Holmquist (62), who lived in Sandycove in Co Dublin, was confirmed yesterday by gardaí, who said the matter was being treated as a personal tragedy.

Ms Holmquist was born in Vermont and raised in Baltimore, Maryland, in the United States. She lived in France before moving to Ireland. She had three children, Sienna, Bessa and Finn, and was married to the writer and film director Ferdia Mac Anna.

She was nominated for a Newsbrands News Analysis award in 2013 and the same year won the Business to Arts award for the best use of creativity in the community, for her editorship of The Irish Times’s annual Fighting Words supplement, in conjunction with Brown Bag Films and the Fighting Words creative-writing charity. She wrote a memoir, A Good Daughter, and a novel, The Glass Room.

The Irish Times’s deputy editor, Deirdre Veldon, said: “One of the most accomplished features writers of her generation, Kate Holmquist was possessed of an empathetic approach, a keen ear and an eye for detail. As a writer, she first chronicled the early stirrings of a changing Ireland, especially as those changes affected women.

“We extend our sincere sympathy to Kate’s husband, Ferdia MacAnna and her beloved children Sienna, Bessa and Finn.”

In 2006, at the time that she published The Glass Room, Ms Holmquist wrote a long autobiographical article for the Irish Times magazine.

She grew up in a “red-brick, working-class, one-murder-a- day Baltimore”, she wrote. Her father was a pastor and her mother a teacher in an inner- city school.

Ms Holmquist said she “escaped into music, practising piano four hours a day, playing in competitions, trying to find a way up the ladder and out”.

She was sent as a teenager to Europe to study music on a scholarship – to Paris, Vienna, Salzburg, Paris again and then London. Her first encounter with Ireland was as an 18-year-old, flying over the country for the first time. “I had one of those moments whose significance becomes clear only in later life. We flew over Shannon, and the pilot pointed out the Cliffs of Moher.

“I looked down from the tiny window and was overcome by emotion. It was as though everything I had ever loved and lost was somewhere down on that island, as if I was a grieving angel looking down on a past life, beginning, middle and end.”

On her return to Oberlin Conservatory and College, in Ohio, she met a visiting Irish writer who “enticed” her to travel with him to Europe.

“I ended up in Ireland not by design but because of a weakness for Irish men. They do say, though, that home is where they have to let you in. If that’s the case, Ireland is my home (despite repeated reminders by immigration at Dublin airport to get my Garda registration up to date). Being ‘Irish’ started 25 years ago, part of a turbulent history of ‘geographics’, as escapes from one’s past are known.”

She eventually split up with her first Irish boyfriend and later married Mr Mac Anna after a “whirlwind romance”.

Ms Holmquist recalled that the need for an income drove her towards freelance journalism and that Conor Brady, the then editor of The Irish Times, and the late Caroline Walsh, as features editor, “saw my potential before I did”.

Paying tribute yesterday, Mr Brady said: “Kate was a warm, generous woman, with a wonderful writing talent and a deep, compassionate understanding of the complexities of human nature.

“Her writing was insightful, always sensitively crafted and honest. Our hearts must go out to her family on their great loss.”